“If I have a soldier that’s been in the Army for five years, you can’t buy back that experience from them.” 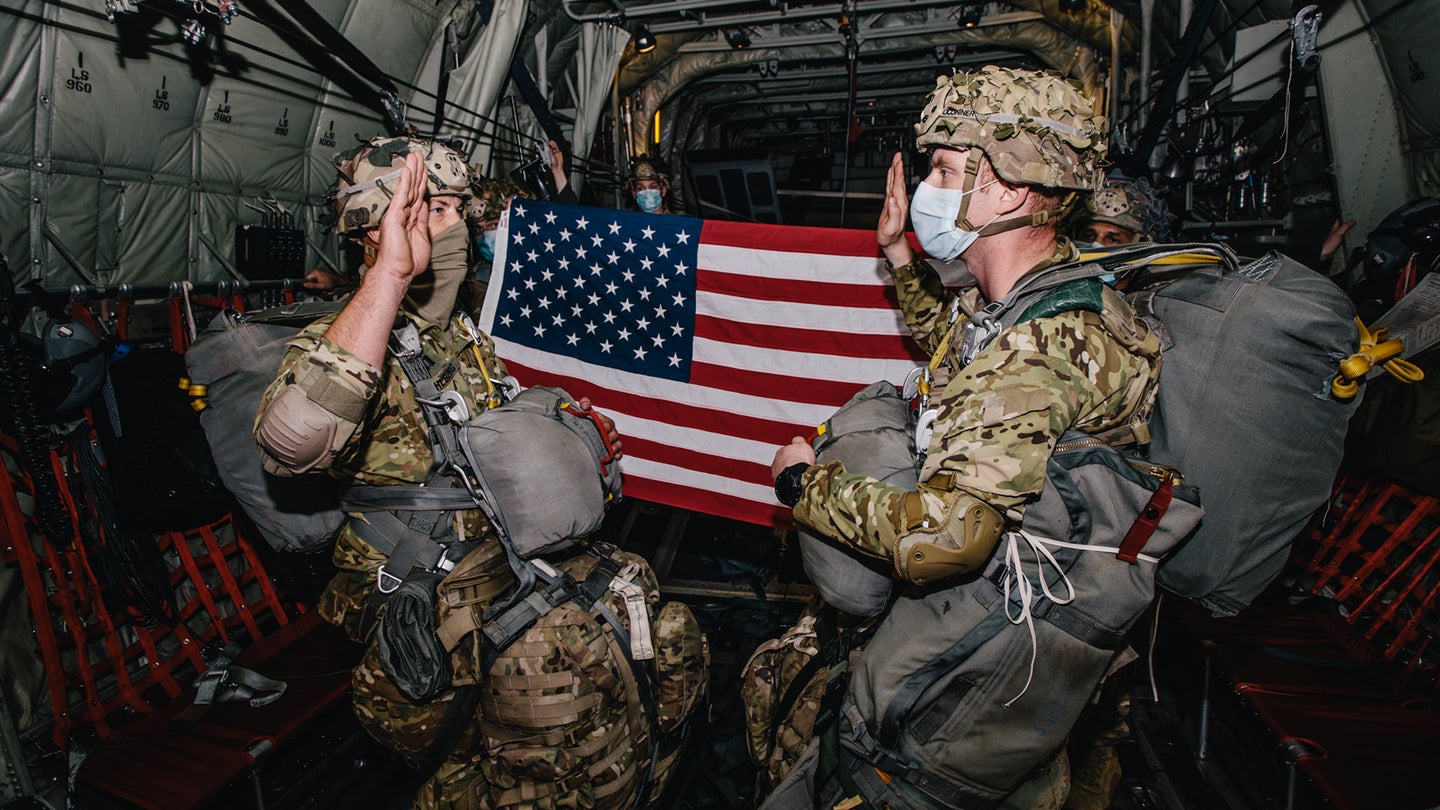 The Army, which is already in the throes of a recruitment crisis, is considering giving soldiers more time off and more money in their pockets if they decide to stick around a little while longer.

Sgt. Maj. of the Army Michael Grinston met with roughly 150 senior enlisted leaders, in El Paso, Texas, in June to gather ideas for how to address some of the force’s biggest issues, including suicide, sexual assault, sexual harassment, and unit culture. One of the topics that came up was the retention of service members and how better to incentivize soldiers to stay in uniform.

“It’s so much better for us to retain talent than it is to bring somebody in off the street,” Sgt. Maj. Tobey Whitney, the Army’s senior career counselor, told Task & Purpose on Thursday. “If I have a soldier that’s been in the Army for five years, you can’t buy back that experience from them if they were to ETS [Expiration – Term of Service]. So we’re really just trying to look at how can we adapt, and what can we do to improve in certain areas?”

While the Army — like other branches of the U.S. military — is no doubt struggling to bring in fresh recruits, the service doesn’t seem to have an issue with holding onto the soldiers it’s got. The active-duty Army has already surpassed its Fiscal Year 2022 retention goal of 55,900 soldiers, according to data the Army provided to Task & Purpose. As of July 7, more than 57,738 soldiers had re-enlisted. So the Army doesn’t necessarily need to find new ways to retain talent, but Whitney said it’s critical for the service to keep adapting to keep soldiers happy. And there’s perhaps nothing soldiers want more than extra time off and more money.

Among the ideas the Army is considering from the sergeants major summit is granting more non-chargeable leave, or time off that doesn’t count towards the soldiers’ amount of leave time, and offering performance-based incentives. The intent is to possibly give a higher re-enlistment bonus to “the highest performers,” Whitney said.

“One of the questions that comes up is, if I’m barely meeting the standards, and I’m — you know, I just come in and do my job, is it fair for them to have the same bonus as somebody who is excelling at their job?” Whitney said. “We have to look at, okay, is there somewhere we can improve in that?”

Still, whether soldiers actually see these perks is far from a sure thing. Whitney explained it could be something that has to be approved at the Pentagon level instead of just within the Army because soldiers typically can only get bonuses if they are re-enlisting in a military occupational specialty with a shortage of soldiers. Like the other ideas identified during the sergeants major summit last month, the Army will continue to work on them to see which are doable before announcing any official changes. But Army officials understand that they can’t just award people based on things like high Army Combat Fitness Test scores, Whitney said.

“We definitely don’t want to focus on if you are, as a hypothetical, if you are really good at the ACFT, does that really mean that thing alone is the reason you should get a higher incentive?” Whitney said. Instead, the Army is looking for a benchmark that would apply across all military occupational specialties — not just those in combat arms — that would tell a soldier if they are eligible for a bonus and have accomplished certain things, they could get more money.

Other ideas from the summit include adding a “kicker” bonus for the G.I. Bill that would give troops additional months of education benefits and make it easier for soldiers to transfer between active duty, National Guard, and reserve components. Notably, the summit revealed that getting the word out about retention programs that already exist is a challenge in itself.

At one point during the summit, Whitney said, the sergeants major working on retention issues brought in eight soldiers of various ranks and talked to them about why they re-enlisted. Some weren’t even aware of all their options in the Army, which got leaders thinking: How can the Army better market already existing opportunities to avoid a soldier separating over something that could be fixed? Whitney recalled one soldier recently telling him he was willing to stay in the Army, but he wanted to go to Airborne School.

“It’s like, well we already have that program, let’s go talk,” Whitney said. “And we got that soldier into Airborne School and that soldier stayed in the Army. It’s those little things, that there’s a lack of knowledge, and that’s one of the things during the solution summit — how do we increase leader training, leader engagement training, to make sure leaders and soldiers at all levels understand the options, the incentives, all those things so soldiers can make an educated decision?”

What a soldier wants to do has to be balanced with readiness and what makes sense, Whitney said, but there are also basic things leaders can do to help. Taking care of their soldiers, for example, and setting up a positive climate in the unit can do wonders for soldiers who are unsure about staying.

“The quality of life and command climate is some of the most important things to soldiers,” Whitney said. “If you’re in a great environment, you don’t want to leave it.”