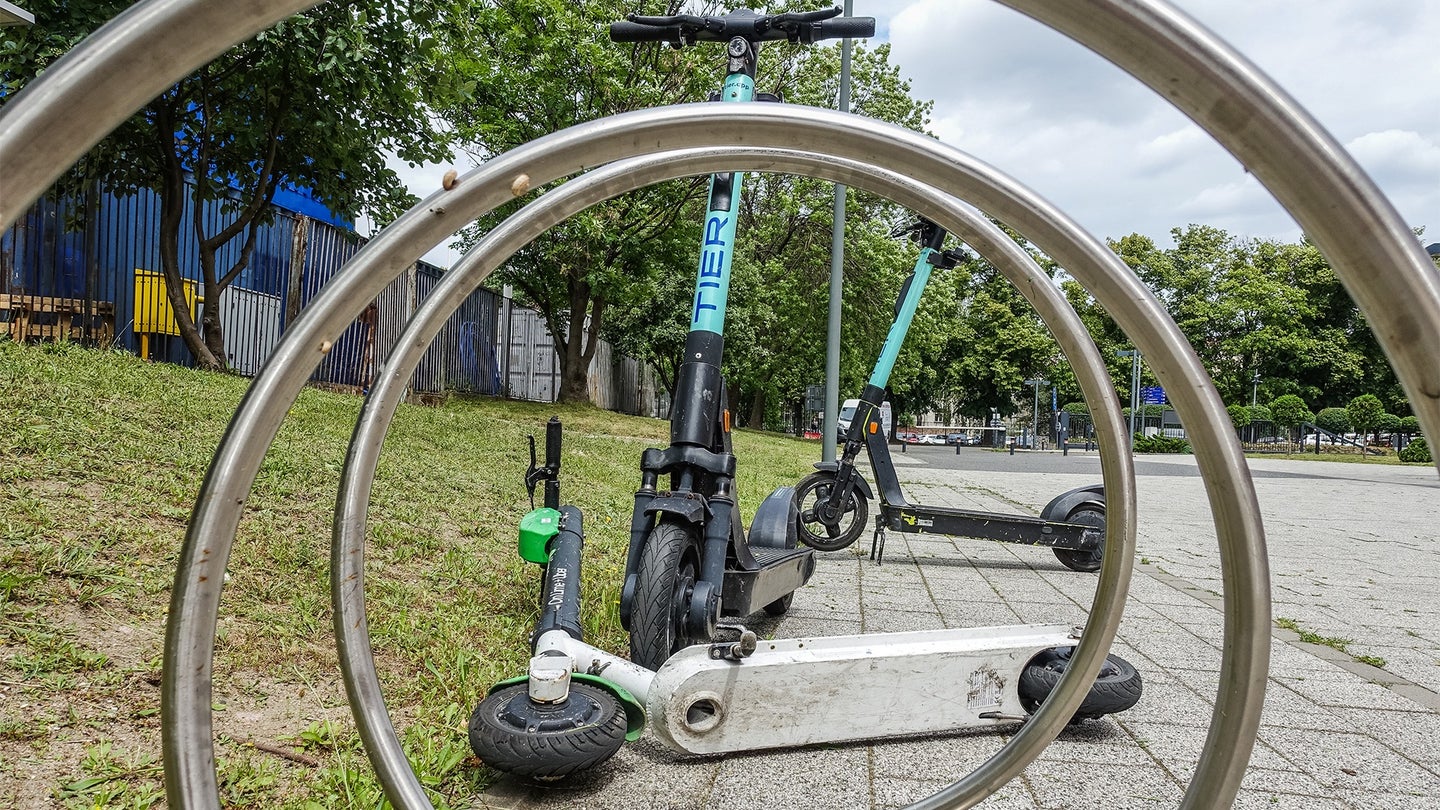 E-scooters belonging to Uber, Lime and Tierr companies are seen is seen in Gdansk, Poland on July 7, 2022. (Michal Fludra/NurPhoto via Getty Images).
SHARE

Everyone likes to have fun. However, in the case of an Army tank brigade, they may have taken it too far by repeatedly getting drunk and going for joy rides on electric scooters out in town.

The instances of inebriated scootering occurred within the ranks of the 1st Armored Brigade Combat team, 3rd Infantry Division which is currently deployed to the Grafenwoehr Training Area in Bavaria, Germany. As of July 7, 2022, alcohol is off limits and overnight passes have been temporarily suspended for the roughly 3,800 soldiers of the tank brigade. The restrictions come after five soldiers in the brigade have been charged with DUIs for driving electric scooters while intoxicated. Not cars, electric scooters.

“It is vital to our mission in the European theater of operations that we uphold good order and discipline within our formations,” Maj. Patrick Connelly, the brigade spokesman, told Stars and Stripes on July 13. “These restrictions will ensure we maintain our mission readiness and remain good guests with our host nation.”

The brigade is now undergoing a period of retraining until its soldiers can become more level-headed denizens of Germany’s roads and sidewalks.

While electric scooters may seem like a smaller and more harmless mode of transportation, in the eyes of German law, they are treated the same as vehicles. That means, as the U.S. Army’s helpful “Do’s and Don’ts” primer for electric scooter usage lays out, the same alcohol limits apply to electric scooters as an Audi or a BMW. In Germany, that means that driving a scooter (or anything else for that matter) with anything higher than a 0.05% blood-alcohol content is verboten.

The Fort Stewart, Georgia-based brigade has been in Germany since March, when they were rapidly deployed to Europe as part of a build up of U.S. forces in Europe following Russia’s invasion of Ukraine in February. Since then, the brigade has been at the Grafenwoehr Training Area.

Electric scooters have become quite popular in Germany, and apparently quite popular with troops as a way to get around military installations and the surrounding environs. It’s not all pleasant scooter rides around Germany, though.

“The Soldiers buy these e-scooters off the internet without any knowledge about the legality here in Germany. They are just fun to ride and they have become fairly inexpensive to purchase. I have also seen electric hover boards and alike on post, which are not legal to ride in Germany,” the installation site manager of Stork Barracks said in an Army press release last year.

So remember, don’t get behind the handlebars of an electric scooter if you’ve been drinking. And maybe add hoverboards, bicycles and tanks to that list as well.