Biden to announce his defense secretary nominee on Friday 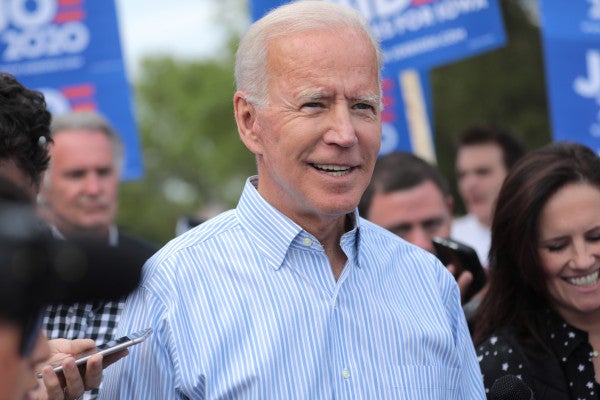 President-elect Joe Biden will announce his nominee for Secretary of Defense on Friday, according to a press pool report of his comments.

Biden is reportedly considering three people for the job: Michèle Flournoy, who served as Under Secretary of Defense for Policy from February 2009 to February 2012; Former Department of Homeland Security Secretary Jeh Johnson, who also served as the Defense Department’s general counsel from 2009 until 2012; and retired Army Gen. Lloyd Austin, who led U.S. Central Command from 2013 to 2016.

Once he takes office, Biden is expected to “avoid military conflicts as much as possible,” said Gary J. Schmitt, a national security expert with the conservative American Enterprise Institute think tank in Washington, D.C.

But even though the incoming Biden administration will look for diplomatic solutions instead of ordering military interventions, every president since the Cold War has had to deal with unanticipated military crises, Schmitt said.

Whomever Biden picks, the president-elect has signaled that he plans to embrace diplomacy. On Nov. 24, Biden introduced the people whom he wants to serve on his national security team, which so far does not include a nominee for defense secretary.

In fact, Biden’s most prominent announcement that day is that he would nominate Antony Blinken to serve as secretary of state.

“Tony’s been one of my closest and most trusted advisors,” Biden said, adding that Blinken will be “ready on day one.”

The president-elect has also picked Jake Sullivan to be his national security adviser. Biden has lauded Sullivan for serving as a top advisor to former Secretary of State Hillary Clinton and leading the negotiations that culminated in the Iran nuclear deal under President Barack Obama’s administration.

The fact that Biden was quick to nominate his secretary of state but has not yet nominated a defense secretary does not necessarily indicate that he is reluctant to use military power, said Michael O’Hanlon, a foreign policy expert with the liberal Brookings Institution think tank in Washington, D.C.

“There are diversity issues holding up the [defense secretary] choice, I believe,” O’Hanlon, who advised the Biden campaign, told Task & Purpose. “But it is true that Biden is more of a foreign policy guy himself, and his worldview is more like Sullivan and Blinken than like most plausible SecDefs.”

Biden has said publicly that he opposed the massive troop surge in Afghanistan during Obama’s first term. He also said in September that he supports having a smaller U.S. military presence in the Middle East and Afghanistan to fight the Islamic State terrorist group.

“I think we need special ops capacity to coordinate with our allies,” Biden told Stars and Stripes reporter Steve Beynon, adding that he feels the counterterrorism mission should involve no more than “1,500 to 2,000” troops on the ground.

President Donald Trump has already begun the drawdown. By the time Biden takes office, there should be 2,500 troops in Afghanistan, another 2,500 in Iraq, and several hundred other service members in Syria.

Trump has also ordered the Pentagon to withdraw most of the roughly 700 U.S. troops serving in Somalia.

The reduction of U.S. forces in Somalia, Afghanistan, and elsewhere come as many within Biden’s party are becoming increasingly skeptical that military interventions can be effective, said Rep. Adam Smith (D-Wash.), chair of the House Armed Services Committee.

“President Biden is going to have to wrestle with the fact that, particularly within the Democratic party, there is a growing unwillingness to have the military projection of power that we have,” Smith told reporters on Monday. “We need to have that debate.”

It’s true that the United States has not experienced a terrorist attack on the scale of Sept. 11, 2001 over the past two decades, said Smith, who acknowledged that the U.S. military has aggressively undermined the Islamic State and Al Qaeda’s abilities to carry out transnational attacks.

But there have also been significant downsides to the past 20 years of military interventions, he said.

“We blew up a lot of things and we killed a lot of people,” Smith said. “And there definitely was collateral damage and resentment that came from it. No doubt, there were recruitment efforts that recruited people into Al Qaeda and ISIS because of the wars that were prosecuted in Iraq and Afghanistan and Somalia and elsewhere. How do you balance that policy out? I think that’s a discussion that we’re going to have to have.”