'Our democracy is on the line here.' 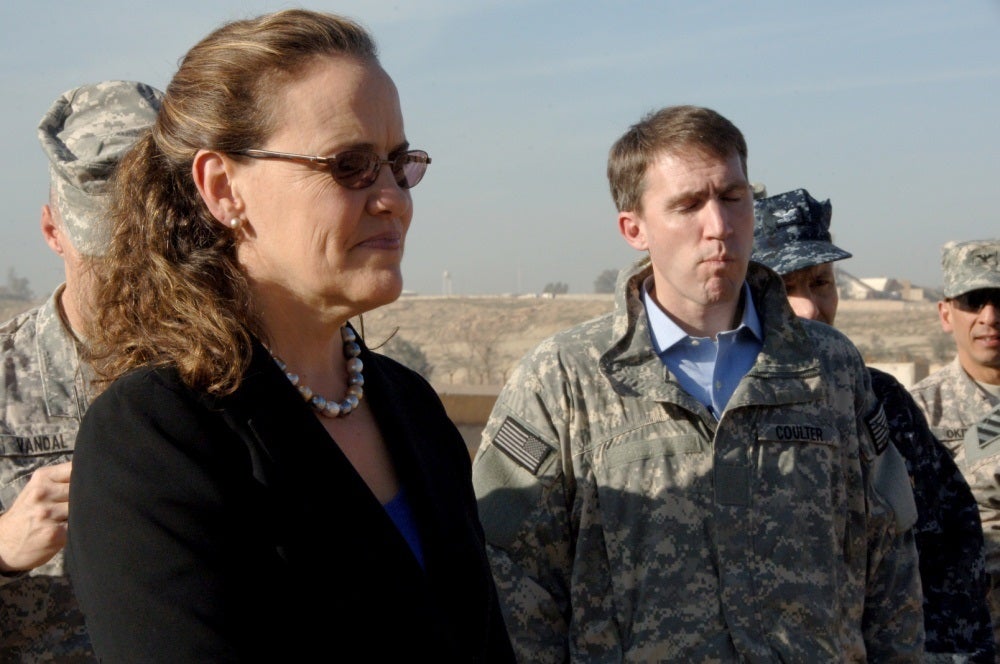 Michèle Flournoy, who is expected to serve as defense secretary if former Vice President Joe Biden wins the presidential election, said she does not believe the National Guard should be called on to protect voting locations if there is any civil unrest in November.

“I would hate to see a situation where we have to inject the military and the Guard into our democratic elections,” Flournoy said during an interview with Defense News editor Aaron Mehta.

If people show up to polling places to disrupt the elections, it should be up to local police to respond, not the National Guard or active-duty troops, she said.

“I think going right to the National Guard on voting day would be – I don’t think that’s a healthy thing for our democracy,” said Flournoy, who served as Under Secretary of Defense for Policy from February 2009 to February 2012.

Flournoy’s comments come amid an ongoing debate about whether the military should have a role during and after the upcoming elections. On June 23, more than 200 Kentucky National Guardsmen in civilian clothing assisted poll workers for that state’s primary election

During Tuesday’s presidential debate, President Donald Trump urged his supporters “to go into the polls and watch very carefully” in order to prevent voter fraud.

“In Philadelphia, they went in to watch,” Trump said. “They’re called poll watchers, a very safe, very nice thing. They were thrown out. They weren’t allowed to watch. You know why? Because bad things happen in Philadelphia. Bad things. And I am urging my people. I hope it’s going to be a fair election. If it’s a fair election.”

Flournoy said she was bothered by Trump’s call to his supporters because they could interpret the president’s comments as a request to show up at the polls “in a way that could also be very intimidating to voters.”

America’s democratic system is being tested as never before, so it is particularly important for the United States to abide by its laws governing elections, she said.

“We don’t declare election winners – validate election winners – until all votes are counted,” Flournoy said. “We don’t, as Americans, take up arms to contest free and fair elections once they’ve been validated. If a president loses the vote in the Electoral College, he agrees to leave office on Jan. 20.”

On that last point, Trump has refused to say whether he will concede defeat if he loses in the Electoral College. Both Republicans and Democrats have amassed armies of attorneys, ready to contest every ballot, so it may take a while after the Nov. 3 presidential elections before a winner is officially declared.

With the prospects of disturbances breaking out after Election Day, Flournoy said she is concerned that National Guardsmen may be called upon to respond to protests.

“If there’s a contested election; if the results are disputed; if people are calling their supporters out to the street and encouraging or inciting violence – then you can have a situation that in some localities might get beyond the ability of law enforcement to handle, and you might see governors asking for some help from the National Guard.”

“But, Lord, I hope we don’t get there as a nation,” she said. “That is such a threat to the whole American project and who we are, what we stand for. We need to appeal to each other and listen to our better angels here. Our democracy is on the line here.”

Related: Trump says voting by mail is bad. US troops do it all the time