Not exactly a surprise 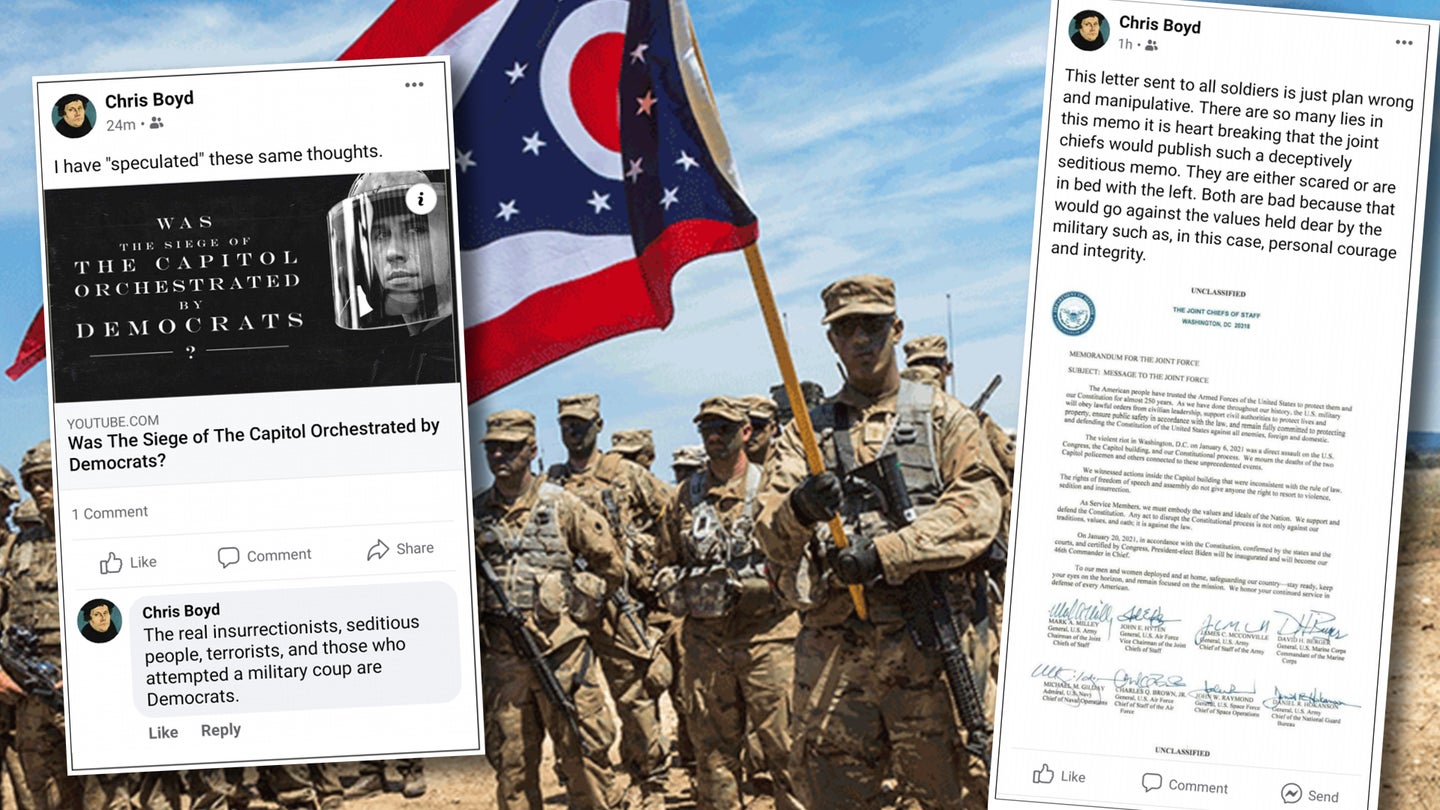 Perhaps to no one’s surprise, the Army National Guard is having second thoughts about training a lieutenant to be a chaplain after he recently blasted the Joint Chiefs as “seditious” on Facebook.

Officials are putting 1st Lt. Chris Boyd’s application to be a chaplain “on hold at this time,”  weeks after Boyd, a chaplain candidate in the Ohio National Guard, criticized a Jan. 12 memo written by Army Gen. Mark Milley and other top military leaders as “deceptively seditious.” Boyd, who joined the Guard in 2014, according to military records, has been a chaplain candidate since March 2018 and is assigned to the Guard’s Joint Force Headquarters in Columbus, Ohio.

The Joint Chiefs memo decried the Jan. 6 attack on the Capitol as “inconsistent with the rule of law” and made clear that Joe Biden had won the presidential election.

“They are either scared or in bed with the left,” Boyd wrote of the letter on Facebook. “Both are bad because that would go against the values held dear by the military such as, in this case, personal courage and integrity.”

Stephanie Beougher, a spokeswoman for the Ohio Adjutant General’s office, said her office was reviewing recent allegations involving Boyd and would determine “appropriate action.” She said Boyd was currently going through training and vetting to be a chaplain.

“All members of the Ohio National Guard are held to a high standard of conduct, on and off duty, which includes the use of social media,” Beougher said. “While they are able to share and express their beliefs on issues as private citizens, public posts intolerant on the basis of race, ethnicity, sex (including gender identity), sexual orientation, or that show contempt for public officials or bring discredit upon the military service — reflect poorly on the organization’s professionalism, erodes public trust, and can impact their military career.

The Military Religious Freedom Foundation on Friday called on Maj. Gen. John Harris, the adjutant general of Ohio, to investigate the posts, which were flagged to the advocacy group by an active-duty Army captain. The group included other controversial posts written by Boyd, including claims that masks were “worthless” and meant to condition people to accept totalitarianism and Democrats were “the real insurrectionists” behind the Capitol riots on Jan. 6, when hundreds of pro-Trump demonstrators breached the Capitol in an attempt to overturn the 2020 presidential election.

Guard chaplains are required to be ordained ministers who are qualified “spiritually, morally, intellectually, and emotionally,” according to its website.

This article was updated after publication with additional service details on Boyd.