President Donald Trump has linked the recent mass shooting in California with the need to treat combat veterans suffering with... 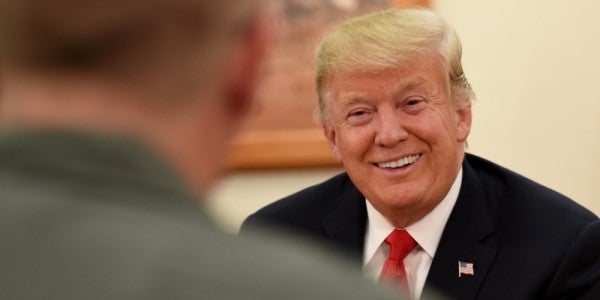 “Comments like this one from our commander in chief are extremely unhelpful,” Reickhoff told Task & Purpose on Friday. “They perpetuate a false and damaging narrative that veterans are broken and dangerous. Most people who suffer from PTSD, when able to access effective treatment, are able to live healthy, happy, meaningful lives.”

“Despite the challenges, and despite the still severely limited resources, post-9/11 veterans soaring as a population thanks to our core resilience and commitment of men and women who self-select to service.”

“When veterans with mental health injuries do hurt someone, it's most likely themselves, not someone else,” he told Task & Purpose. “We lose 20 veterans and service members to suicide every single day. Which again highlights the critical importance of seamless access to quality and effective care, whether through the Department of Veterans Affairs or elsewhere.”