Video and photos of the riot paint a surreal picture of the nation's Capitol. 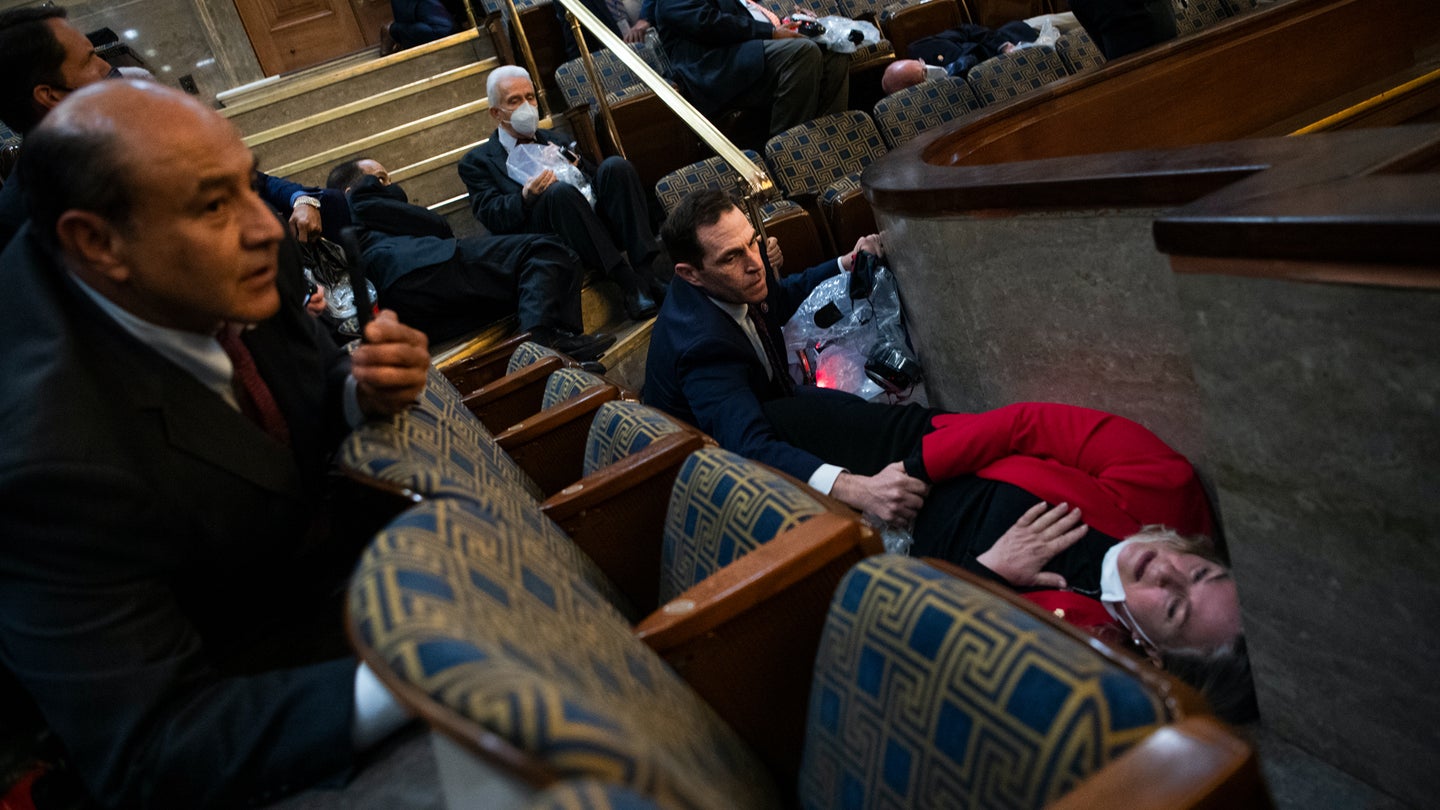 The Capitol Hill area of Washington, D.C. has been placed on lockdown, and the city put under a curfew after a post-election protest devolved into chaos.

What started as a protest in support of President Donald Trump — which took place during the electoral vote count — quickly turned into a riot as a mob pushed past D.C. police barricades, broke windows, and made their way into congressional buildings, including the Capitol Building.

Once rioters made their way inside, Vice President Mike Pence was quickly ushered off the Senate floor. Lawmakers, staffers, federal employees, reporters, and others on the Hill were directed to shelter in place, lock their doors, and stay silent.

(In the wake of the riots four people were left dead, CNN reported.)

The Washington, D.C. and Virginia National Guard have been mobilized to respond to events at the capitol; more than 300 D.C. guardsmen were activated originally, but as events unfolded on Wednesday Pentagon leadership approved the full activation of the D.C. guard. It’s unclear how many guardsmen from the Virginia National Guard were being mobilized. A statement to Task & Purpose said details regarding the number of personnel would not be released out of operational security concerns.

According to NBC News’ Leigh Ann Caldwell, FBI personnel have been deployed to congressional buildings on Capitol Hill.

The city has been bracing for the protests since last month when Trump tweeted that there would be a “[b]ig protest in D.C. on January 6th. Be there, will be wild!” he said.

Last week Henry “Enrique” Tarrio, the head of the Proud Boys, an alt right hate group, said on social media that the group would “turn out in record numbers” on Jan. 6. Tarrio was arrested on Monday for allegedly burning a Black Lives Matter banner taken from a historic Black church in D.C.

Video and photos of the unrest quickly began surfacing online as rioters made their way through federal buildings. It’s a surreal and chaotic view of the nation’s capital: people can be seen scaling the walls of federal buildings; battering down doors; there are physical altercations and shoving; pepper spray; selfies between cops and unlawful trespassers; and photos of rioters wandering freely through the halls of Congress, some hoisting Confederate flags over their shoulders.

UPDATE: This article has been updated to reflect that four people died during the Jan. 6 riots on Capitol Hill.