The long-haired son of U.S. Sen. Tim Kaine was arrested on suspicion of second-degree rioting over the weekend for crashing... 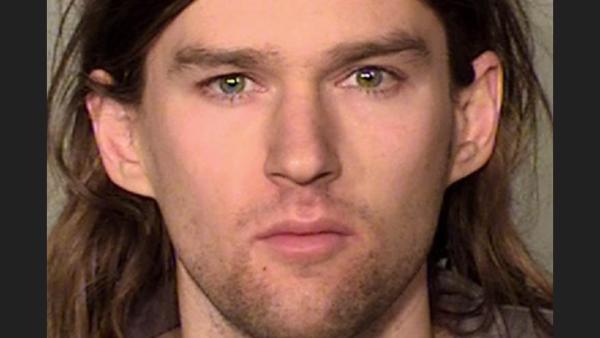 The long-haired son of U.S. Sen. Tim Kaine was arrested on suspicion of second-degree rioting over the weekend for crashing a pro-Trump demonstration at the Minnesota state capitol in St. Paul, the Twin Cities Pioneer Press reports.

Twenty-four-year-old Linwood Kaine, who goes by “Woody,” was chased down by an officer after he and five other protestors — all dressed in black and wearing masks — invaded the rally. The group allegedly set off a smoke bomb inside the capitol, blew air horns, chanted, and whistled.

But Wild Woody didn’t go down without a fight.

According to St. Paul police, Kaine and his fellow rabble-rousers took off running in different directions after officers approached them in a park near the capitol. An officer caught up to Kaine and ordered him to the ground. The senator’s son refused. A tussle ensued.

“The officer was able to get ahold of Mr. Kaine, but he got up, squared off with the officer and the officer tried to take him to the ground again,” St. Paul police spokesman Steve Linders told the newspaper.

And that, according to Linders, is when another officer arrived on the scene and blasted Kaine in the face with some pepper spray. Kaine went down, but kept fighting. Then one of the officers “deployed a knee strike.” That did the trick.

“After the strike, Mr. Kaine cooperated and was taken into custody without further incident,” Linders said.

Wild Woody is the youngest of Sen. Kaine’s three children and a resident of the Twin Cities, where his father is from. Sen. Kaine, the former governor of Virginia, served as Hillary Clinton’s running mate in the 2016 presidential election.

“We love that our children have their own views and concerns about current political issues,” Sen. Kaine said in a statement to the newspaper. “They fully understand the responsibility to express those concerns peacefully.”