The Department of Defense plans on booting sick, injured, and wounded troops out of the military in an effort to... 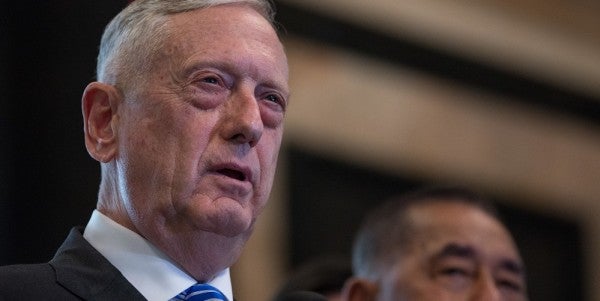 The Department of Defense plans on booting sick, injured, and wounded troops out of the military in an effort to become more deployable.

Under a new Pentagon policy, service members who are classified as “non-deployable” for medical and administrative reasons for more than 12 consecutive months will be processed for administrative separation. The military services can grant waivers to non-deployable troops who are still needed.

On any given day, up to 14% of the entire military is non-deployable, which translates to roughly 286,000 service members, Undersecretary of Defense for Personnel and Readiness Robert Wilkie recently told lawmakers.

“If Mr. [Jeff] Bezos in Amazon walked into Christmas week and 14 percent of his work force could not perform their duties, then he would no longer be the largest company in the world,” Wilkie told the Senate Armed Services Committee on Feb. 14.

The new policy isn’t meant to weed out unfit service members, but to encourage non-deployable troops to see medical professionals and therapists so they can become deployable as soon as possible. Defense officials told Task & Purpose that about one-third of non-deployable troops need to see their doctors or dentists immediately to become deployable, while another third have temporary profiles that limit full duty for conditions such as sprained ankles.

The process is more intensive than a simple doctor’s visit. Troops who are not deployable for more than a year will go through the medical review board process currently in place, said Air Force Maj. Carla Gleason, a Pentagon spokeswoman. The Defense Department is committed to making sure the process is even-handed, balancing the needs of the service members and the Defense Department, she said.

“We have to ensure that given the climate that this country faces, that everyone who signs up can be deployed to any corner of the world at any given time,” Wilkie told Congress.

There are a few several exceptions to the new policy: It does not apply to women who are pregnant or dealing with post-partum conditions, Wilkie told Congress, while medical boards will review the medical status of wounded warriors. Wilkie’s used the example of his own father, severely wounded during the invasion of Cambodia in 1970 authorized by a medical board to stay in the Army while he recovered, he said.

“We respect the contributions of all of our service members, in particular our wounded warriors,” Willkie told Task & Purpose in an email. “We owe them a fair process, and this policy allows for that.”

Military Times first reported on Feb. 5 that the Defense Department would seek to reduce the number of non-deployable troops after Defense Secretary James Mattis ordered review of the matter “to verify our military personnel policies also support and enhance warfighting readiness and force lethality,” as he wrote in a July 21 memo.

When asked if the policy provides an incentive for commanders to separate sick and injured troops, Wilkie said it does “just the opposite.”

“It provides commanders and service members the opportunity to address and resolve these issues quickly – in many cases returning a service member to a deployable status,” Wilkie told Task & Purpose. “The goal is to take care of our people and make the most of our investments while providing a ready and lethal force to defend the nation.”