The 1st Special Forces Command is working to "determine the facts" of Capt. Rainey's involvement. 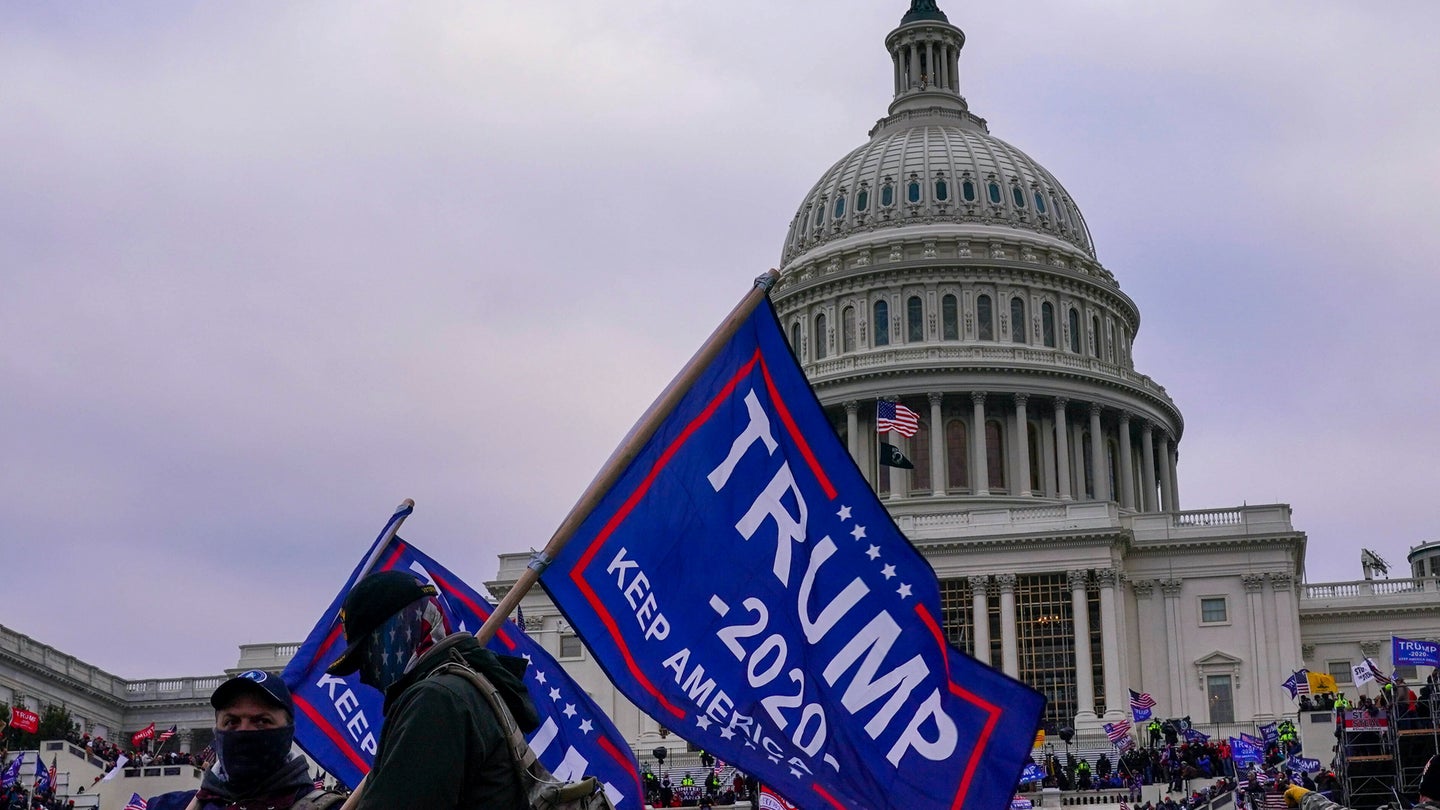 The Army is investigating a special operations officer over her involvement in leading a group of people to a pro-Trump rally last week that resulted in a violent take-over of the Capitol building.

Rainey told the AP her group did not break the law and she “was a private citizen and doing everything right and within my rights.” She also said she “didn’t know of anyone who entered the Capitol and that they were headed back to their buses hours before an emergency curfew took effect” in D.C.

The Wednesday rally quickly devolved into chaos, with a mob of Trump supporters storming the Capitol building, resulting in the death of at least five people.

Army spokesman Maj. Daniel Lessard told Task & Purpose that Rainey was being investigated and that they are working to “determine the facts” about her involvement in the events last week. Rainey is a psychological operations officer assigned to the 4th Psychological Operations Group at Fort Bragg, North Carolina. The group, one of two active-duty psychological operations groups under the 1st Special Forces Command (Airborne), is tasked with disseminating propaganda and using deception to influence emotions and create confusion in adversaries.

CBS News reported on Monday that Rainey had previously resigned her commission “after receiving a career-ending letter of reprimand for her actions at an earlier protest in the Fort Bragg area.” She was still on active duty at the time of her involvement in last week’s rally.

Lessard said that Rainey originally submitted her resignation paperwork in September last year, but had to re-submit in October after paperwork issues. He said her pending separation date from the Army is in April.

An Army official told Task & Purpose that if evidence was received showing other Fort Bragg soldiers had participated “in things that were unlawful or against Army regulations,” more investigations would be opened, but there is no evidence of that at this time.

Rainey found herself in the spotlight in May 2020 after she was charged with injury to personal property after “tearing down caution tape” at a playground that was closed under novel coronavirus (COVID-19) restrictions. According to The Pilot, a newspaper in Southern Pines, N.C., Rainey filmed herself removing the caution tape, saying: “Everyone here, all your freedom fighters, this is for you.” Rainey was also banned from parks in Southern Pines as a result of the incident, The Pilot reported.

Army officials said Monday the FBI had opened 25 domestic terrorism cases in the wake of the Capitol Hill riots. While media outlets have reported that service members participated in a Jan. 6 pro-Trump rally, it remains unclear whether they are among the 25 people being investigated by the FBI.

Featured photo: The United States Capitol Building in Washington, D.C. was breached by thousands of protesters during a “Stop The Steal” rally in support of President Donald Trump. (John Nacion/STAR MAX/IPx)