How A Veteran Rose Through The Ranks Of Corporate America

Editor’s Note: The following story highlights a veteran at Gartner. Committed to including talented members of the military community in... 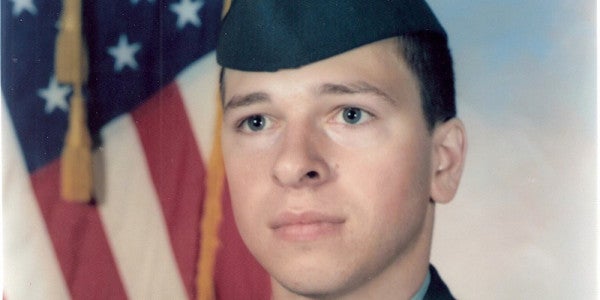 Editor’s Note: The following story highlights a veteran at Gartner. Committed to including talented members of the military community in its workplace, Gartner is a client of Hirepurpose, a Task & Purpose sister company. Learn more here.

The average person may think there are several, drastic differences between military life and corporate America. Yes, there are aspects of both lives that are drastically different, but the common thread of leadership bridges them both. Upon day one of military boot camp, the basic tenets of military life such as loyalty, duty, respect, service, honor, integrity and courage, are drilled into a recruit or officer candidate’s psyche. Many of those qualities are eagerly sought after in corporate America.

When Mike Diliberto was 19 years old, he enlisted in the Army Reserves while also attending the State University of New York at New Paltz, majoring in computer science. “I benefited tremendously from my time in the Army Reserves. I would not be in my current role if I had not served.” Diliberto says. “The military instilled in me a very defined set of character building qualities like service, commitment, communication, self-discipline and leadership. I have come to find that these are the fundamental building blocks of a successful career.”

“My experience in the Army taught me a lot about myself and a lot about leadership. Whether you are leading engineers on a programming project or soldiers in a field exercise, the basics are always the same,” Diliberto says, who is now the Chief Information Officer atGartner, the world’s leading research and advisory company. As a student and then as a young professional in his civilian career of computer programming, Diliberto honed his leadership skills, continuously and tirelessly working hard and advancing his career.

From school, Diliberto progressed to more senior roles at bigger companies, all while leveraging his computer programming degree coupled with his military leadership experience. Military reservists carry the responsibilities of a civilian career alongside their military service, as well as family and life responsibilities. And though it may be challenging at times, the rewards can be exponential. The skills and traits learned during military service are invaluable to civilian employers including Gartner.

Diliberto is now the Chief Information Officer at Gartner.Courtesy

“Gartner respects and values the experience that military service brings to our workplace,” says Diliberto. Gartner is building a community of veterans, military family members, and interested allies and colleagues. The Veterans at Gartner committee, which is one of the company’s Inclusion and Engagement groups, recognize and support veterans and their families. Within the Gartner community, the group organizes outreach activities, promotes the veteran community within the company, educates employees on the value veterans bring and assists with veterans’ transition upon leaving the military and joining Gartner.

“We really want veterans to understand that we recognize their service and sacrifice, and that the skills they have developed on the battlefield or in the fleet are the same as what we want in our Gartner employees,” says Diliberto, who also serves as the executive sponsor of the company’s veteran group. “We want to make sure Gartner is a great place to work for military veterans and their families.”

Gartner is a very inclusive and engaged culture where lifelong learners cultivate an environment of sustained growth, success and expertise. Much like the military, Gartner is always looking for great talent and wants to cultivate the very best from each employee, veteran or not.

Climbing the corporate ladder can be intimidating for transitioning service members and veterans. But Diliberto’s advice is clear: “Be great at whatever job you have. Excel in it and make the most of opportunities as they arise.”