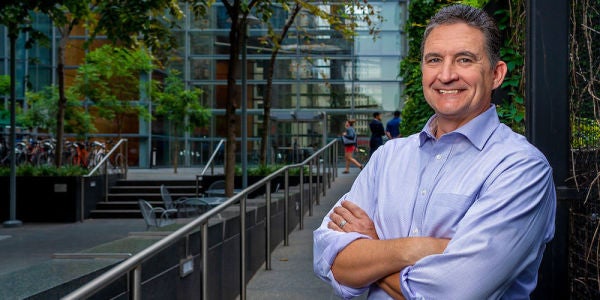 Comcast’s Tom Karinshak, executive vice president of customer service, exemplifies the company’s mission to empower military community members in the corporate workforce. A U.S. Army veteran, he is passionate about advocating for the hiring and long-term success of service members and military spouses.

“We’ve worked really hard as a company to make sure we are a military-friendly employer,” he says. “We really value the skillset they bring to our company and make sure we have a community of support in place for members of the military who join our team.”

In addition to being voted the No. 1 Military Spouse–Friendly Employer for 2017 by Military Spouse magazine, Comcast NBCUniversal surpassed its original goal of hiring 10,000 veterans, military spouses, and National Guard and Reserve members between 2015 and 2017.

“It’s not just talk,” says Karinshak. “We hired 15,000 members of the military community, and we’re not stopping there. We also have great resources to onboard them and support them throughout their careers.”

“A lot of people that transition out of the military still want to serve in the reserves or guard,” Karinshak says. “We have put the pieces together to help them serve while they are here, and they will also be celebrated and supported.”

Karinshak was inspired to embark on his own military journey at a young age.

“I had a motivation from the time I was little to serve,” he says. “I always looked up to those who served. I always had a lot of respect for them and what they sacrificed.”

“My family had a strong history of service,” he adds. “I have aunts and uncles that worked at the Pentagon; some were police officers, some worked in different branches of service. Being exposed to incredible people doing incredible things in the service of others really gave me that inner desire and motivation to serve our country.”

After high school, Karinshak had the opportunity to attend the prestigious United States Military Academy at West Point.

“My two older brothers also went to West Point,” he says. “We were the first generation to go to college.”

Karinshak completed a bachelor’s degree in civil engineering, and went on to serve as a combat engineer captain domestically and abroad to places like Panama, Kuwait and Egypt. After six years in the Army, he made the choice to transition back into civilian life.

“It was a hard decision to leave the military,” he says. “I loved the real-world missions, but we were deployed a lot. I started thinking about wanting to get married, have kids, and start a family. It was hard and scary to leave the military for a pretty big unknown, though. I had a lot of questions. Am I going to be successful? How will my skills translate? How will I highlight those skills so they know I’ll get the job done?”

Karinshak gained valuable corporate experience at AOL and then Barclays before joining Comcast’s ranks in 2010.

“It has been a fantastic adventure,” he says. “I have been very lucky and privileged, quite frankly, that I have been a part of some really special teams. When you go through journeys like that, being able to serve in the military and experience what it’s like to work with several companies, there are perspectives that apply. You see that leadership is leadership; it’s valued.”

When presented with the opportunity to work for Comcast, Karinshak went through an intense decision-making process to ensure the organization was the right fit for him.

“I asked myself, ‘Will they grow my skillset? Will they value my skill set?’ The answer was yes, without a doubt. It was really a company I could see myself being a part of and grow and develop with. I was so impressed with every product and every person I met, and I was fortunate enough to be hired.”

“Comcast NBCUniversal is an incredible company,” he says. “It’s a growing, thriving, very successful company that also values members of the military community and their skillsets. You look at the innovation and the set of products we have. We are a leader in the marketplace. There are great leadership and great people at every level of the organization.”

“Choose the right company,” he says. “Smart companies will support you. We know it’s the right thing to do; it’s good business because veterans know how to be part of a great team, and you are going to make the company better. You want to be a part of a company that recognizes that, and Comcast NBCUniversal definitely does.”

“It’s not just a job,” he says. “You truly can grow and progress for your entire working career. It’s incredible what the company does for veterans, and you will feel welcome here.”