Army Vet Sues Company That Made ‘Defective’ Earplugs For The Military

And he's not the only one who's been affected 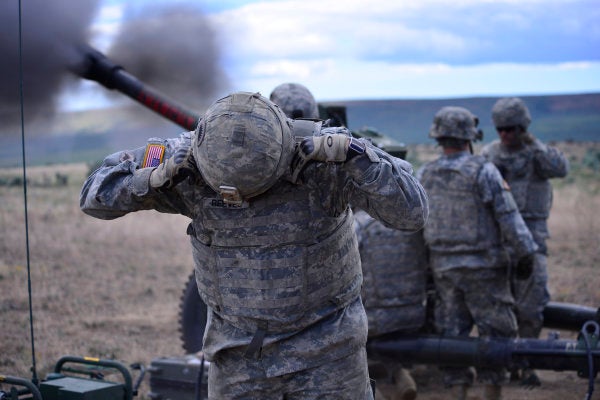 A Texas veteran is suing the company he says knowingly produced and sold defective earplugs which were issued to the U.S. military, leading him and many others to develop hearing problems, including tinnitus.

Sgt. Scott D. Rowe, who served in Iraq during Operation Iraqi Freedom from 2003 to 2004, told the Houston Chronicle that he's “never at peace” from the “high-pitched frequency” he hears every day, as a result of the earplugs he received from 3M Company. Rowe told the Chronicle that 3M “lied,” and “took our well-being for jeopardy while we're out there protecting the country.”

Rowe says in his lawsuit that 3M was aware of the defects in earplugs when it acquired the company that originally developed them, Aearo Technologies, in 2008. He says, according to the Chronicle, that the earplugs were made too short, which makes them difficult to be put deeply into the ear canal, causing the earplug to loosen and sound to get in around them.

This isn't 3M's first rodeo; the company settled for $9.1 million in July 2018 with the Department of Justice, which said in a statement that the “defective” earplugs were “too short for proper insertion into users' ears…and therefore did not perform well for certain individuals.” But one attorney who is representing veterans whose hearing was impacted by the faulty earplugs, Ben Whitley, told WRAL-TV that “none of that money” from the settlement is going to the affected veterans.

“3M has a long history of serving the U.S. military. We have sold and continue to sell thousands of products to help our troops and support their missions. Safety is a key component of what we do for the United States military and 3M denies that Combat Arms Earplugs caused injuries,” the company said in a statement to Task and Purpose.

3M also said in a statement to WRAL that they continue to disagree with the original lawsuit's claims, and chose to settle “for a variety of reasons, including to avoid further legal fees.”

SEE ALSO: Tactical Earbuds Are The Next Big Thing In Soldier Safety

WATCH NEXT: The Sound Of A Sonic Attack?