New Hampshire-based firearms manufacturer Sig Sauer is pushing back amid allegations that it supplied New Jersey state police with about... 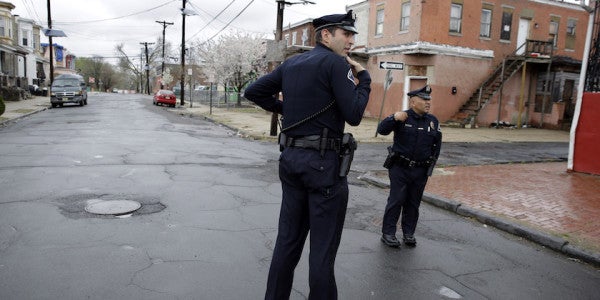 New Hampshire-based firearms manufacturer Sig Sauer is pushing back amid allegations that it supplied New Jersey state police with about $2 million worth of defective handguns,Guns.com reports.

Sig Sauer says it now believes the defects were not caused by the design of its weapons — as a lawsuit filed by the New Jersey attorney general’s office alleges — but rather the specific ammunition used by state police while testing a batch of 3,000 P229 9mm semiautomatic pistols, which the company sold the department in September 2014.

“Sig Sauer’s investigation of the failure mode indicates a contributing factor may be a compatibility issue between this unique NJSP P229 and the specific training ammunition used by the NJSP,” the company said in a statement on May 22. Adding, “The P229s functioned when using their duty ammunition.”

The state of New Jersey filed a complaint against Sig Sauer for breach of contract, alleging that the handguns “sporadically” experienced failure to extract malfunctions during training, leading the department to conclude that the P229s were not safe for use in the field.

“An FTE malfunction renders a gun unfit for police use because a Trooper may be unable to fire more than one round of ammunition in a life-threatening situation,” reads the complaint, which was filed in late April.

Sig Sauer had worked closely with the department to fix the problem over a period of 16 months, according to the lawsuit, replacing various components and, eventually, even the weapons themselves when the state police realized Sig Sauer had supplied them with the wrong gun. The department had ordered the p229 Legacy, but Sig Sauer instead delivered 3,000 models of the P229 Enhanced Elite — which is a similar firearm, but with a different extractor system.

New Jersey police ultimately decided to abandon the P229 altogether and replace it with the Glock 19.

The state of New Jersey is suing for a full refund for the P229s, as well as $856,680.21 for the cost of the holsters purchased for the handgun, and also an unspecified sum to cover the money spent on ammunition to test the weapons.

In its statement, Sig Sauer claims that it was surprised by the lawsuit. “Sig Sauer is committed to customer satisfaction, and stands ready to continue these discussions and work with NJSP to reach an equitable solution,” the company said.

Sig Sauer is one of the largest firearms contractors in the United States, and the P229 is the favored handgun of the U.S. Coast Guard, Secret Service, and other law enforcement agencies across the country. Earlier this year, the company won a half-billion dollar contract with the U.S. Army to supply its new service pistol, the P320, which will replace the Beretta M9.

Sig Sauer is also being sued for patent infringement by Steyr Arms, who is alleging that Sig’s P250 and P320 pistols use the same “plastic housing and multifunction metal part removably mounted” Steyr patented back in 2001.