Soldiers who made ‘message for liberals’ video get message from the Army: You’re screwed 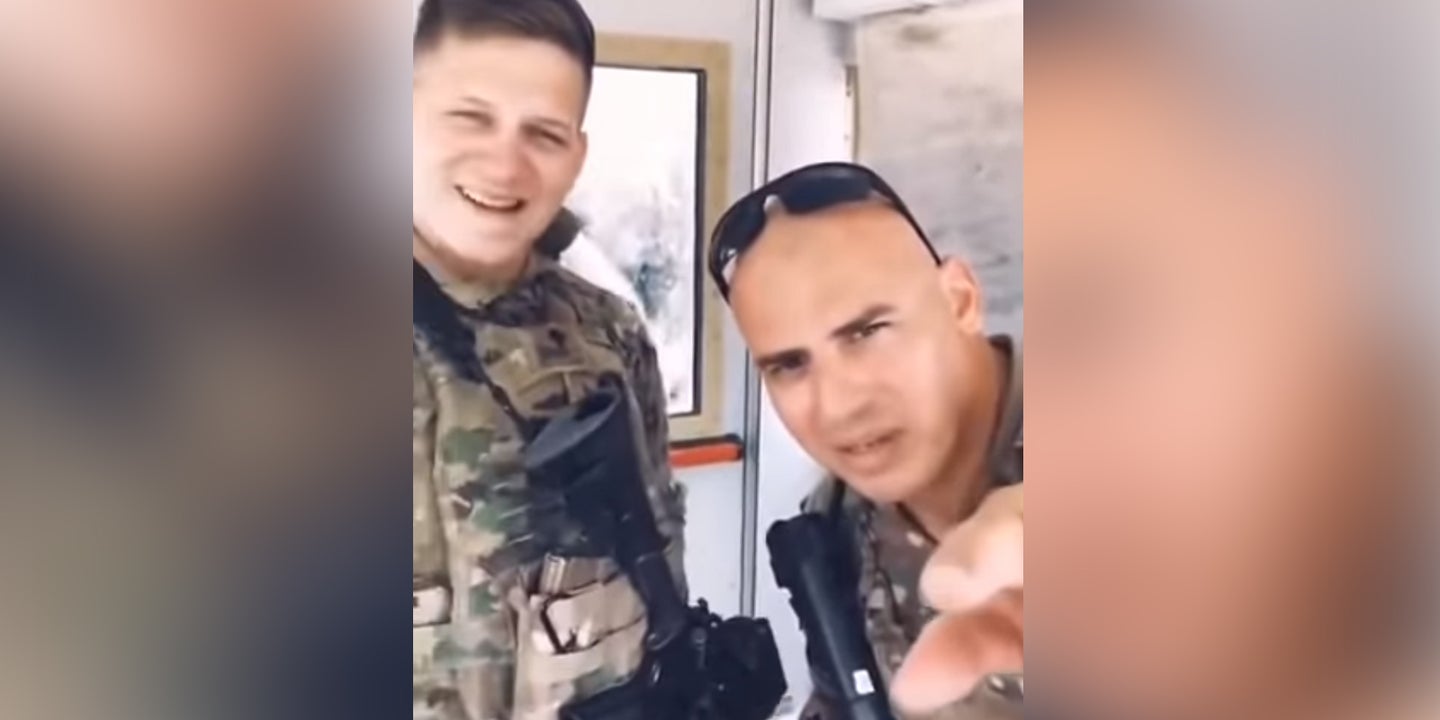 Do you want a safety brief? Do something stupid. Do you want the book thrown at you? Get caught doing it.

If you want both, then consider filming yourself making profane and politically-charged comments while in uniform before posting it online for the world to see, like these rockstars decided to do:

Titled “message for liberals,” the video shows a specialist and a staff sergeant in uniform with flaks and M4s, as they mock “liberals and Democrats” for being “snowflakes,” “crybabies,” and “burning our f–king country down while we’re over here.”

While Col. Armando Hernandez, a spokesman with U.S. Army Central Command, confirmed to Task & Purpose that the two soldiers are currently deployed to the Middle East, exactly where “here” is remains unclear. Is it Baghdad? Kabul? Are they in the shit? Or is it a sprawling base with all the creature comforts of home, and WiFi good enough that you can post a video you’ll later regret? Who knows?

The video was first shared on TikTok, but then deleted and later reposted to YouTube by Art TakingBack, where it has been viewed nearly 600,000 times.

The two soldiers — whose names have not been released — reportedly belong to the Michigan Army National Guard and are currently deployed under U.S. Army Central Command with Company A, 3rd Battalion, 126th Infantry Regiment, according to Army Times.

“We are aware of the video posted to TikTok by two U.S. Army Soldiers on Sept. 15, 2020″ in CENTCOM’s area of operations, Col. Armando Hernandez, a U.S. Army Central spokesman, told Army Times. “The video was removed from TikTok, the incident was investigated, and appropriate action is being taken.”

Officials with the Michigan Army National Guard told Army Times that the soldiers are facing disciplinary action, though they were mum about what the punishment amounted to, and what specific rule was violated.

As Army Times reported, the two soldiers may have been in violation of regulations that prohibit the wearing of their uniform in situations that might discredit the service — which generally translates to: Don’t do anything in uniform that will make your service look bad. Additionally, troops are barred from taking part in political activities while in uniform in order to avoid the appearance that their opinions are those of the U.S. military.

“Unit leadership is aware of this video and disciplinary action is presently being taken,” Capt. Andrew Layton, a Michigan National Guard spokesman told Army Times. “Regardless of the video’s origin, the reprehensible comments made in the video are unacceptable and inconsistent with professional military values.”

The Michigan Army National did not immediately respond to Task & Purpose’s request for comment.

This video is just the latest example of service members courting controversy on social media.

In August the Army launched an investigation after footage of two soldiers flanking delegates at the Democratic National Convention began making the rounds on social media.

That same month, an Army lieutenant faced a tidal wave of criticism which led to a formal investigation after he posted a video of himself making a Holocaust joke on TikTok.

In August 2019, a Marine reservist was busted down in rank three months after he shared a photo of a swastika made of boots to social media.

And a pair of Marines were investigated in February 2019 after video surfaced showing them in “blackface” and making racial slurs in a video posted to Snapchat.

The trend, unfortunately, doesn’t appear to show any signs of letting up, although maybe the military will put out more social media guidance. That’s sure to fix the issue.

RELATED: Just how ‘political’ can — and should — service members get?

Update: This article has been updated with a statement from U.S. Army Central Command confirming that the two soldiers are deployed to the Middle East.