What was the plan here, fellas? 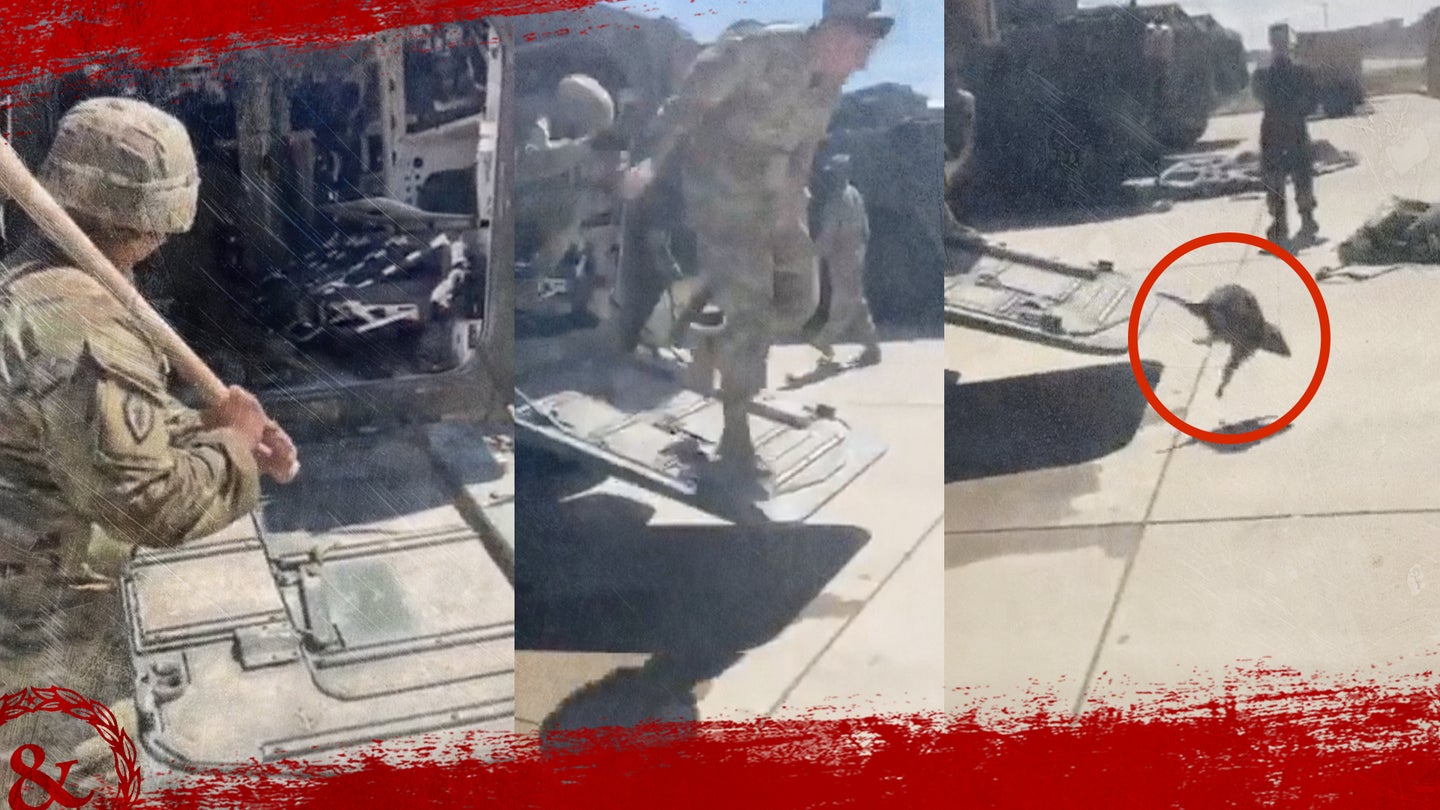 We have found the U.S. Army’s kryptonite and it’s not common sense or ponytails: It’s raccoons.

In a TikTok video posted on Tuesday, soldiers appear to be trying to get a raccoon out of a Stryker vehicle, when the operation suddenly goes south and the soldiers find themselves retreating. We can only assume that in this era of great power competition, this seditious scoundrel was likely working on behalf of China or Russia. And if that’s true, the high-pitched squeals that came from these soldiers as the raccoon chased them from their own vehicle doesn’t exactly inspire confidence.

As one Twitter user put it, “Land of the free because of the brave.”

I have so many questions.

How did the raccoon find itself inside a stryker? How did these soldiers decide who was going to go in and get it out? Are the two who went in after it receiving combat action badges? Was this guy holding the bat their only back-up option if things went sideways?

Or maybe this was the same ambitious trash panda who was just trying to honorably serve his country by joining the Marine Corps. Did anyone think to point this raccoon to the nearest recruiting office after they stopped running from it?

Quite frankly, with the speed that furry little guy was clocking coming out of the Stryker, I’m interested to see his ACFT score.  Army Strong indeed, and #LiveFastEatTrash.

If you have any information about this trash panda terrorist please contact me at haley@taskandpurpose.com.