Shanahan is here to stay: Trump plans to officially nominate him as Secretary of Defense

"Based upon his outstanding service to the Country and his demonstrated ability to lead." 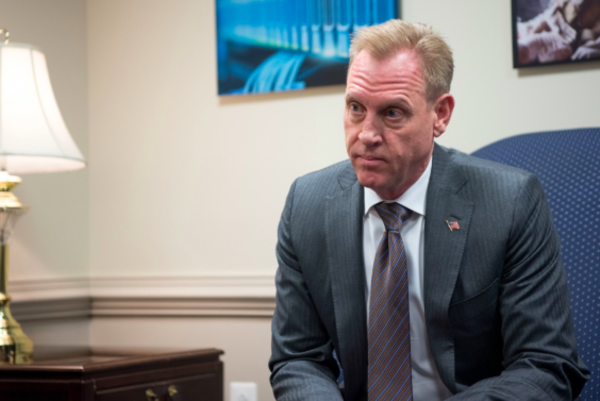 President Trump is nominating Patrick Shanahan to be the official Secretary of Defense, after months of his filling the role as the acting secretary.

“Based upon his outstanding service to the Country and his demonstrated ability to lead, President Trump intends to nominate Patrick M. Shanahan to be the Secretary of Defense,” White House Press Secretary Sarah Sanders said in a statement on Thursday. “Acting Secretary Shanahan has proven over the last several months that he is beyond qualified to lead the Department of Defense, and he will continue to do an excellent job.”

Shanahan took over for Secretary James Mattis at the very end of 2018, when Mattis abruptly resigned. Speculation that an official nomination was coming was further fueled after a DoD Inspector General ethics investigation of Shanahan's ties to Boeing was closed in April.

“I am honored by today's announcement of President Trump's intent to nominate,” Shanahan said in a statement on Thursday. “If confirmed by the Senate, I will continue the aggressive implementation of our National Defense Strategy. I remain committed to modernizing the force so our remarkable Soldiers, Sailors, Airmen, and Marines have everything they need to keep our military lethal and our country safe.”

Speaking to reporters on Thursday, Shanahan said he had learned that afternoon at the White House that he would be nominated as defense secretary.

“I called my mom,” Shanahan said as he waited for the arrival of Japan's chief cabinet secretary. “She was super happy.”

As defense secretary, Shanahan will have to “spin a lot of plates” by reacting to real world events while implementing on the National Defense Strategy.

“The biggest challenge is balancing at all,” he said. “I'd say for me it's about practicing selectful neglect so that we can stay focused on the future but not ignore a lot of the emerging, really important issues that pop up day to day that you don't plan for.”

Sen. Jim Inhofe, chairman of the Senate Armed Services Committee, issued a statement on Thursday saying he was pleased the president had nominated Shanahan as defense secretary.

“We need a confirmed leader at the department and, after working with him closely over the last few months, I welcome his selection,” said Inhofe (R-Okla.) “I look forward to talking with him at his confirmation hearing about how we can work together to implement the National Defense Strategy and care for our service members, veterans and military families.”

UPDATE: This story was updated on May 9 with additional comments from Shanahan and Sen. Jim Inhofe.

SEE NEXT: Acting SecDef Shanahan thinks the F-35 program is 'f–ked up' just like everyone else