These are not official nominations — and as we saw with Shanahan, an intent to nominate doesn't necessarily mean a nomination is close behind. 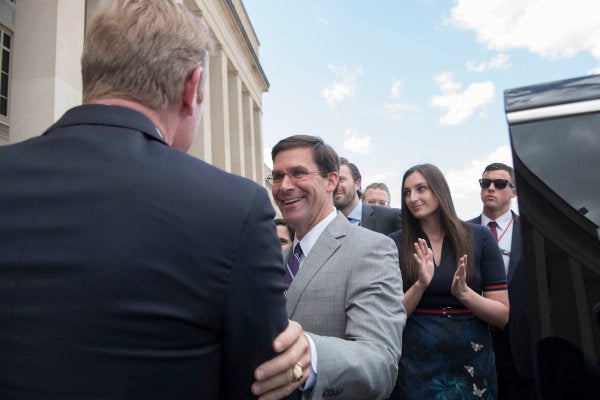 The White House announced on Friday night that President Donald Trump intends to nominate Army Secretary Mark Esper to be the next Secretary of Defense.

The White House also announced on Friday that Trump intends to nominate David Norquist as Deputy Secretary of Defense (a role he's been serving in for the last several months), and Army Under Secretary Ryan McCarthy to become Secretary of the Army. These are not official nominations — and as we saw with Shanahan, an intent to nominate doesn't necessarily mean a nomination is close behind — but the process already appears to be moving quicker than it did with Shanahan.

Also under the FVRA, there is a 210-day limit for a position to be filled by someone in an acting capacity, and that time limit expires on July 30th for the defense secretary role. However, the countdown is paused once an official nomination reaches the senate. The senate then has to wait seven days before taking up the nomination for discussion.

SEE ALSO: With Shanahan's departure, it's the Army's world — and we're just living in it