The U.S. has officially designated the Islamic Revolutionary Guard Corps as a foreign terrorist organization — the first time it... 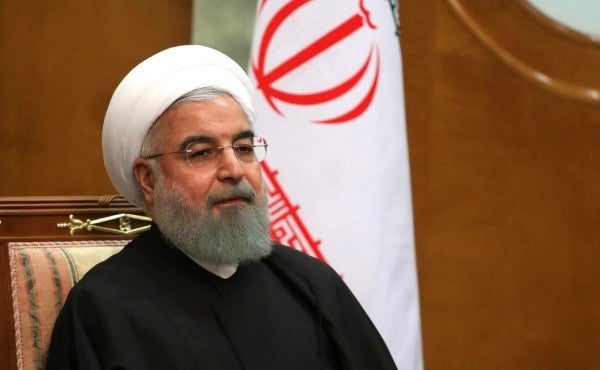 The U.S. has officially designated the Islamic Revolutionary Guard Corps as a foreign terrorist organization — the first time it has heaped that label on a part of a foreign government.

“The president has long believed that we should designate Iran's guard corps as a terrorist organization, and today we will be carrying out that policy,” said one senior administration official during a background call on Monday.

The State Department has long designated Iran as a “state sponsor” of terrorism, and the Trump administration sees it as a “central banker” and supporter of terror groups, officials said.

“For many decades now the IRGC has tried to reshape the Middle East in Iran's favor,” another senior administration official said.

The Pentagon said last week Iran was responsible for the deaths of more than 600 American service members during the Iraq War. “The IRGC has been threatening American troops almost since the time it has been formed,” the official added. “Today the IRGC's plausible deniability is over.”

“This designation … underscores the fact that Iran's actions are fundamentally different from those of other governments,” President Donald Trump said in a statement.

“This action will significantly expand the scope and scale of our maximum pressure on the Iranian regime. It makes crystal clear the risks of conducting business with, or providing support to, the IRGC. If you are doing business with the IRGC, you will be bankrolling terrorism.”

Senior administration officials say the move is part of an “ongoing campaign to pressure the regime to behave.” Iranian officials, meanwhile, have threatened to retaliate against American troops in the Middle East.

SEE ALSO: The Pentagon says Iran killed 603 US troops during the Iraq War