As the US sends 1,000 more troops to Middle East, the Pentagon is a rudderless ship caught in a storm

Defense officials have been unable to directly link Iran to attacks on merchant ships in the Gulf of Oman. 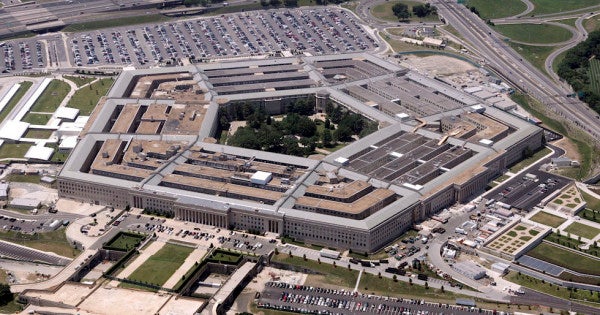 The Pentagon is sending nearly 1,000 more troops to the Middle East as part of an escalating crisis with Iran that defense officials are struggling to explain.

While the U.S. government has publicly blamed Iran for recent attacks on merchant vessels in the Gulf of Oman, not a single U.S. official has provided a shred of proof linking Iran to the explosive devices found on the merchant ships.

At an off-camera briefing on Monday, Navy officials acknowledged that nothing in imagery released by the Pentagon shows Iranian Revolutionary Guards planting limpet mines on ships in the Gulf of Oman.

U.S. Central Command has identified a boat from which men detached one of those mines as belonging to Iran, but they were unable to say how that was determined. The boat has no distinctive markings and is flying no flag in pictures released by the Pentagon.

Yet Acting Defense Secretary Patrick Shanahan announced late on Monday that he is sending roughly 1,000 more troops to the Middle East “for defensive purposes to address air, naval, and ground-based threats.”

“The recent Iranian attacks validate the reliable, credible intelligence we have received on hostile behavior by Iranian forces and their proxy groups that threaten United States personnel and interests across the region,” Shanahan said in a statement.

The latest deployment comes little more than three weeks after the Defense Department dispatched about 900 additional troops to the U.S. Central Command region and extended about 600 service members already there.

As the situation with Iran continues to escalate, it is unclear who in the U.S. government is actually calling the shots.

Throughout the day on Monday, it became apparent that the Pentagon and U.S. Central Command were at loggerheads on what information should be provided to reporters about the supposed Iranian threat.

In a further sign that the Pentagon is adrift, Secretary of State Mike Pompeo – not Shanahan – is expected to meet with Marine Gen. Kenneth McKenzie, head of CENTCOM, on Tuesday.

Pompeo has become the Trump administration's voice in its case against Iran, and he sounded more like a defense secretary when he said during CBS' “Face the Nation” on Sunday that the United States is considering all options to counter Iran, including using military force.

SEE ALSO: The Pentagon is using the same old Vietnam playbook for dealing with Iran