Both deployments were part of the CENTCOM commander's original request for reinforcements in response to intelligence that Iranian Revolutionary Guards were loading missiles onto dhows, the defense official told reporters. 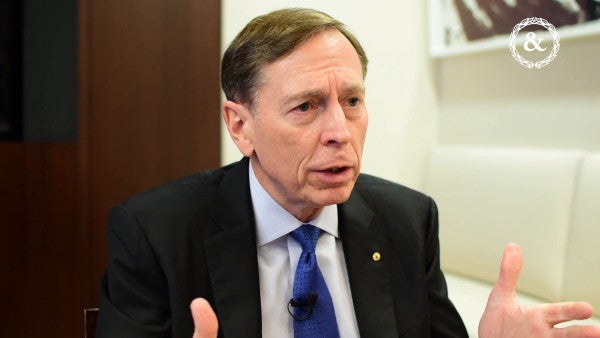 The U.S. military is sending the amphibious transport dock USS Arlington and a Patriot missile battery to the Central Command region to let Iran know it will have a bad day if it decides to attack U.S. forces in the region, a defense official announced on Friday.

Both deployments were part of the CENTCOM commander's original request for reinforcements in response to intelligence that Iranian Revolutionary Guards were loading missiles onto dhows and other indications that Iran and its proxy forces could be preparing to attack U.S. forces in the region, the defense official told reporters.

The Arlington is currently in the U.S. European Command theater and it will swap out with the dock landing ship USS Fort McHenry, which is already in the region as part of the Kearsarge Amphibious Ready Group, the official said.

It was not immediately known how many Marines are embarked aboard the Arlington. The ship provides command and control capability, but it is not part of any sort of invasion force, the official said.

The official declined to say where the Patriot missile battery is being deployed. At the moment, there are no Patriot missiles in the CENTCOM region because the U.S. military withdrew all of its batteries from the Middle East last year.

On Sunday, National Security Advisor Ambassador John Bolton announced the aircraft carrier USS Abraham Lincoln and its strike group were heading to the Middle East along with a bomber strike group in response to unspecified threats from Iran.

The Lincoln was already enroute to the CENTCOM theater, but its arrival there was accelerated. B-52H Stratofortress with the 20th Expeditionary Bomb Squadron arrived on Wednesday at Al Udeid Air Base in Qatar.

Defense officials gave verbal approval to move the Lincoln and bomber task force to the Middle East and issues a news release to send a message to Iran quickly. The announcement about the Arlington and Patriot missiles came later because those moves went through the regular deployment approval process.

“We saw the intelligence and so we sent some messages on Friday to make sure that it was clear to Iran that we recognized the threat and we were postured to respond to the threat,” Marine Gen. Joseph Dunford, chairman of the Joint Chiefs of Staff, told lawmakers on Wednesday.”

“Eventually, the Lincoln would have made its way to the Gulf. What I asked really asked [Acting Defense Secretary Patrick Shanahan] really was to accelerate the movement of the Lincoln and the bomber task force so that there would be no ambiguity about our preparedness to respond to any threat to our people or our partners in the region,” Dunford continued. “We wanted to make sure that we took as much action as we could over the weekend to actually deter that.”

SEE ALSO: No, the Pentagon's 'new' aircraft carrier and bomber deployment is not a sign of imminent war with Iran