No one at the Pentagon or at the U.S. military's headquarters in Kabul dares to talk to the press about Afghanistan. 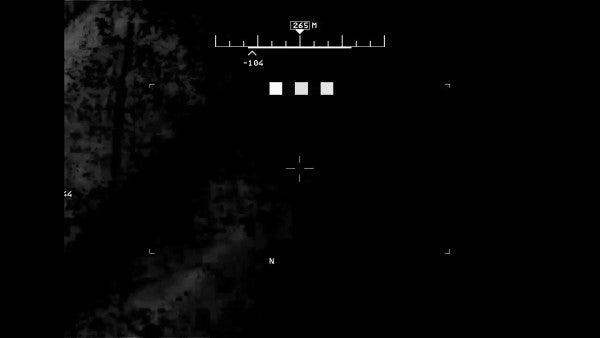 It sure would be nice to know what the hell is going on in Afghanistan. Secretary of State Mike Pompeo recently claimed the U.S. military had killed more than 1,000 Taliban fighters in little more than a week – because body counts worked so well in Vietnam – and President Donald Trump said during his speech commemorating the 18th anniversary of the Sept. 11 attacks that the United States had gone on the offensive against the Taliban.

“The last four days, we have hit our enemy harder than they have ever been hit before, and that will continue,” Trump said, without elaborating further.

It's clear that Afghanistan is the new hotness, but the only people who aren't talking about how the strategic situation has changed since Trump abruptly ended peace talks with the Taliban via tweet are the U.S. military leaders in charge of actually fighting the war.

For the most part, military officials have been stuck mute on the subject of Afghanistan. The lone exception is Marine Gen. Kenneth McKenzie Jr., head of U.S. Central Command, who recently told reporters that operations against the Taliban would likely increase in the wake of the failed peace negotiations.

“I think the pace is probably going to increase because I think their pace has increased which I think was a very bad misjudgment on their part,” McKenzie said on Sept. 9 while visiting Bagram Airfield, Afghanistan.

But overall, no one at the Pentagon or at the U.S. military's headquarters in Kabul dares to talk to the press about Afghanistan. The mood in the Five-Sided Fun House feels a lot like the first Middle School dance, where most of boys too shy to approach the girls on the other side of the basketball court.

When asked about Trump's comments about the uptick of military operations in Afghanistan, a defense official referred Task & Purpose back to the White House.

While it is understandable that defense officials would not want to say anything that would contradict the president, the fact remains that the world's most powerful, most expensive, and – until recently – most transparent military is too terrified to talk to reporters about what happens next in Afghanistan.

Granted, this Pentagon reporter looks a little scary sometimes. It has already been noted that your friend and humble narrator bears more than a passing resemblance to Iraqi cleric Muqtada al Sadr, who is not a “warm and fuzzy” guy. And this intrepid correspondent may or may not have received a handwritten thank you note from the head of a national abstinence campaign that uses a picture of his face to scare fraternity brothers straight.

But it's still long past time for the Pentagon to hold a news briefing focused on what the U.S. military's goals are in Afghanistan now that a political settlement with the Taliban seems further away than ever.

The last such briefing that this reporter can remember was in August 2018 when Army John Nicholson Jr., the outgoing commander of U.S. and coalition troops in Afghanistan, threw in the towel after a reporter pressed him on whether U.S. military leaders had overestimated progress in Afghanistan by repeatedly claiming the country had “turned the corner.”

Since the briefing was audio only, reporters were unaware that Nicholson had retreated until his spokeswoman announced the general “had a hard stop.”

That was about the time the level of information the Pentagon released about Afghanistan slowed and eventually stopped altogether. Nicholson's successor, Army Gen. Austin Miller, has not briefed the Pentagon press corps since taking command a year ago.

The generals have conceded the information war to the Taliban because they are unwilling or unable to face public scrutiny. (Also, the president is an avid television watcher, so they probably don't want to say anything that he might see on cable news.)

While top military leaders may believe they are better off staying silent about Afghanistan, their silence certainly doesn't inspire confidence that the war is going well. How can we win if they are more afraid of the media than the Taliban?