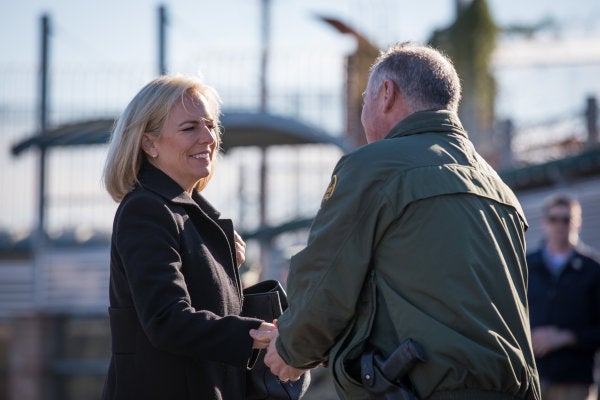 “Despite our progress in reforming homeland security for a new age, I have determined that it is the right time for me to step aside,” Nielsen said in her resignation letter. “I hope that the next Secretary will have the support of Congress and the courts in fixing the laws which have impeded our ability to fully secure America's borders and which have contributed to discord in our nation's discourse.”

There are currently more than 4,000 U.S. troops serving at the U.S.-Mexico border; the Pentagon recently announced that it approved a $1 billion transfer in defense spending to the Army Corps of Engineers to build 57 miles of barrier along the border.

SEE NEXT: A timeline of the National Guard's deployment to the US-Mexico border under Trump