President Donald Trump threatened on Tuesday to impose a "full and complete embargo" and further sanctions on Cuba if its Communist leadership does not immediately end its military support for Venezuela's socialist president, Nicolas Maduro. 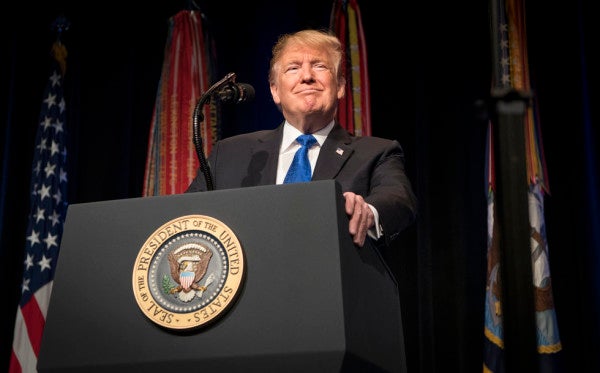 WASHINGTON (Reuters) – President Donald Trump threatened on Tuesday to impose a “full and complete embargo” and further sanctions on Cuba if its Communist leadership does not immediately end its military support for Venezuela's socialist president, Nicolas Maduro.

Trump issued his ultimatum to Havana in a message on Twitter as his administration threw its support behind opposition leader Juan Guaido's strongest call yet for the military to help him oust Maduro during a day of upheaval in the South American country.

Also on Tuesday, U.S. Secretary of State Mike Pompeo said Maduro had been prepared to leave the country on Tuesday morning, headed for Havana in the face of anti-government protests, but reversed his plan after Russia intervened.

“They had an airplane on the tarmac. He was ready to leave this morning, as we understand it. Russians indicated he should stay,” Pompeo said in an interview with CNN.

Several dozen armed troops accompanying Guaido clashed with soldiers supporting Maduro at a rally outside the La Carlota air base in Caracas early on Tuesday, but the incident fizzled out and did not appear to be part of an immediate attempt by the opposition to take power through military force.

Trump's threat against Cuba marked an intensification of a U.S. campaign in recent weeks to pressure Cuba over its role in Venezuela, although some experts and former U.S. officials say Trump and his aides have overstated Cuban involvement in the Venezuelan crisis.

“If Cuban Troops and Militia do not immediately CEASE military and other operations for the purpose of causing death and destruction to the Constitution of Venezuela, a full and complete embargo, together with highest-level sanctions, will be placed on the island of Cuba,” Trump said on Twitter.

“Hopefully, all Cuban soldiers will promptly and peacefully return to their island!” he wrote.

Cuba has stood by its ally Maduro and has denied U.S. accusations that it has military and intelligence operatives, which Washington estimates at 20,000 to 25,000 personnel – in Venezuela propping him up.

Trump has rolled back parts of predecessor Barack Obama's historic rapprochement with Cuba and returned to Cold War-style rhetoric. But he has not broken off diplomatic relations, which Obama restored in 2015 after decades of enmity.

A six-decade U.S. economic embargo on Cuba has also remained officially intact, even though Obama chipped away at many of the U.S. trade and travel restrictions.