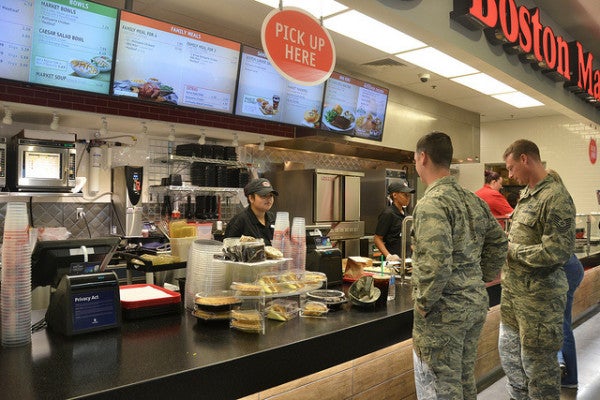 A new recommendation from the Army and Air Force Exchange Service could be seen as either a major hinderance or sweet, sweet release: They've suggested to facility managers that they play sports instead of the news in common areas.

The memo recommending the change was first reported by Stars and Stripes, but AAFES later revised it for clarity, according to spokesman Chris Ward, who told Task & Purpose the revision was to make clear it was not a policy change per se, but a suggestion.

The suggestion came about in order to curb the “divisive political nature” from political TV channels, per Stars and Stripes.

The revised memo, which was sent to Task & Purpose, is being sent out on Wednesday.

Ward told Task & Purpose that they “do hear from customers from time to time” about the news channels playing on TV, such as CNN or Fox News. So in order to “please more of the masses,” AAFES suggested that TVs in places like food courts, malls, customer service centers, and other common areas play sports programs.

Yeah, that's all good and well, until your team's loss is being re-played and discussed on every TV that you see! (I say this as a Texas Tech fan still recovering from March Madness — just trust me on this.)

Staff Sgt. Manuel Cardona, a 34-year-old with the 123rd Brigade Support Battalion, told Stars and Stripes that catching the headlines on TV is sometimes his only chance to stay up-to-date on current events throughout his work day.

“I think we're getting too … sensitive about these things,” he said.

On the other hand, 22-year-old Pfc. Tyler White, currently in South Korea with the 2nd Aviation Brigade, 2nd Infantry Division, told Stars and Stripes that he doesn't “want to see people bash our president.”

“For one, I don't want to watch what I don't agree with, let alone play it on a military base,” White said, perfectly encapsulating the state of our country's political tolerance.

The revised memo being sent to facility managers says that the Exchange “recommends sports channels/sports programming on all common area TVs when an Exchange channel is not being shown. This guidance allows flexibility to make adjustments based on the 'news of the day' and local needs.”

SEE ALSO: Just How 'Political' Can — And Should — Service Members Get?

WATCH NEXT: Mattis On Politics And Civic Duty