"The shooter was armed with a single hand gun and was not carrying any additional weapons or ammunition." 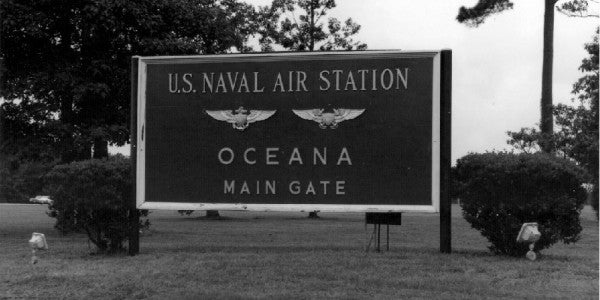 A sailor was killed on Friday at Naval Air Station Oceana, Virginia, after he shot a female sailor several times in what is being described as an “isolated domestic shooting,” Navy officials said.

Both the gunman and his victim were assigned to Strike Fighter Squadron 37, squadron commander Capt. Chad Vincelette told reporters on Friday. The victim is being treated at Virginia Beach General Hospital for non-life threatening injuries.

The incident took place at 6:45 a.m. in the squadron's parking lot outside Hangar 145 on the base, he said.

“The shooter was quickly identified and shot and killed by my Naval Air Station Oceana personnel,” Vincelette said. “The shooter was armed with a single handgun and was not carrying any additional weapons or ammunition.”

The gunman had been neutralized by 6:50 a.m. and the base lockdown was lifted at 7:40 a.m., Navy officials said. The Naval Criminal Investigative Service has launched an investigation into what happened.

“The base has a no weapons policy,” Vincelette said. “How the sailor was able to get a weapon on base is part of the investigation.”

The Navy has not yet released the name of either sailor pending next of kin notification, Vincelette said.