Among the five victims of a shooting at a Milwaukee brewery on Wednesday was a former sailor who served aboard a nuclear submarine for four years until separating from the Navy in 2018. 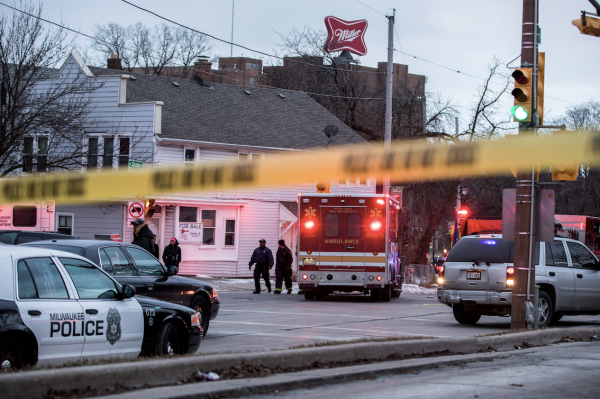 Among the five victims of a shooting at a Milwaukee brewery on Wednesday was a former sailor who served aboard a nuclear submarine for four years, according to details released by Navy Personnel Command.

Trevor James Wetselaar, a 33-year-old Wisconsin resident, served aboard the USS Maryland as an Electronics Technician (Nuclear) 2nd Class from 2014 to 2018. ETNs keep the electronics surrounding a nuclear reactor running smoothly, according to a Navy recruiting website.

Wetselaar enlisted in the Navy on May 1, 2012, finished boot camp on June 30, then went to nuclear power-related schools in South Carolina and New York for two years before reporting for duty on the USS Maryland on November 24, 2014.

For his service, the sailor earned a Navy and Marine Corps Achievement Medal, according to Navy Personnel Command. He also earned a Good Conduct Medal and a Pistol Marksmanship Ribbon.

Wetselaar separated from the Navy on April 30, 2018, nearly six years to the day after he first enlisted. According to his LinkedIn page, the former sailor went on to work as an engine room operator at the Molson Coors brewery in Milwaukee.

Wetselaar was killed when a coworker, 51-year-old Anthony Ferrill, allegedly opened fire inside the brewery around 2:00 p.m. on Wednesday.

Besides Wetselaar, the other victims of the shooting were 33-year-old Jesus Valle Jr., 61-year-old Gennady Levshetz, 57-year-old Dana Walk and 60-year-old Dale Hudson, according to a statement from the Milwaukee Police Department.

According to police, Ferrill died from a self-inflicted gunshot wound. As of Friday morning, the reasons for the attack were still under investigation, USA Today reported.

“There were five individuals who went to work today, just like everybody goes to work, and they thought they were going to go to work, finish their day and return to their families. They didn’t — and tragically they never will,” said Milwaukee Mayor Tom Barrett, according to the Associated Press.

The complex where the shooting occurred is known as “Miller Valley,” a reference to the Miller Brewing Co. that is now part of Molson Coors, according to the Associated Press.