An FBI sting and Top Secret info tucked into a sandwich: How a Navy veteran allegedly stole classified submarine docs

The secrets were placed between two slices of bread. 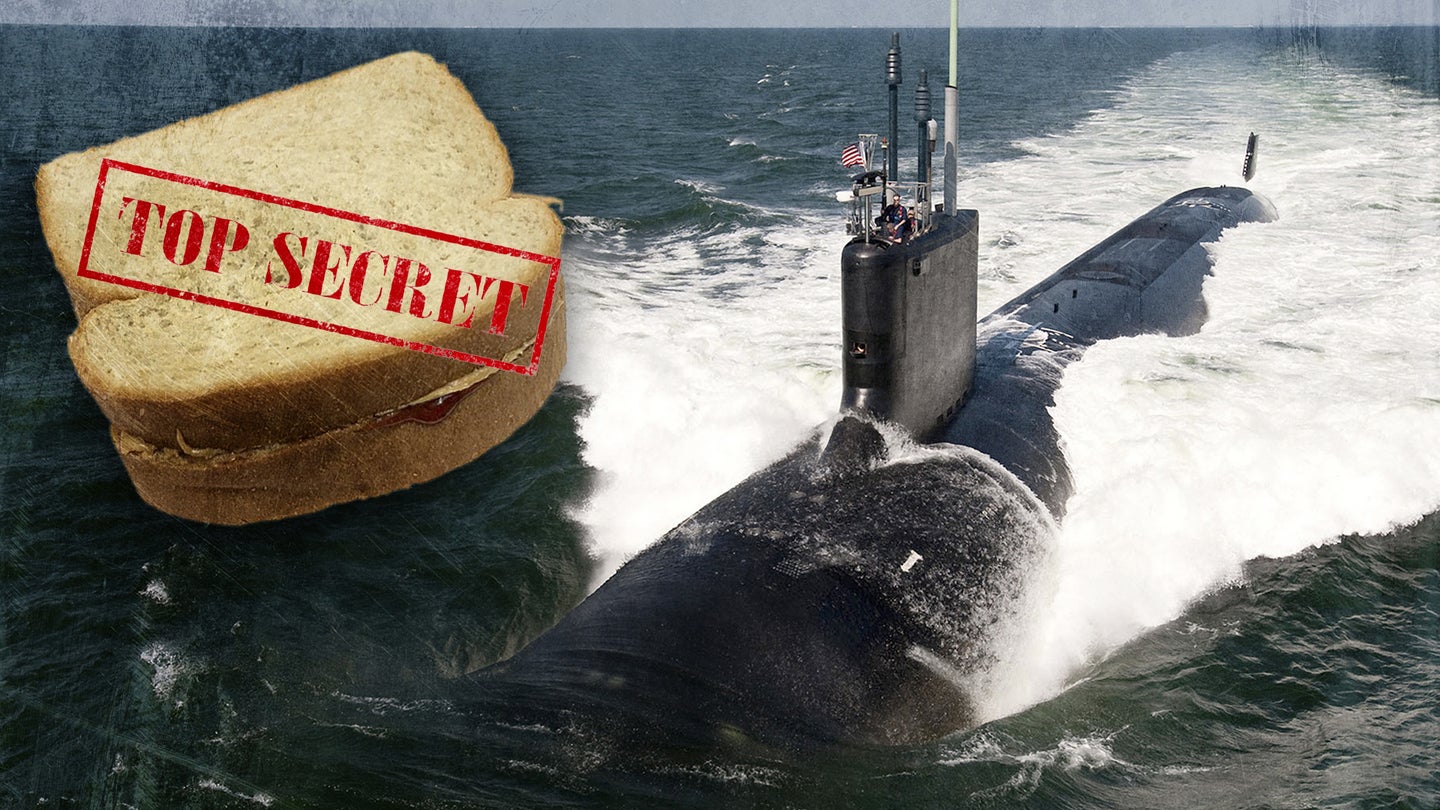 Every sandwich is a sub sandwich if it has classified submarine info in it.

Case in point: Federal prosecutors have accused Navy veteran Jonathan Smay Toebbe of trying to sell sensitive information about the nuclear reactors for Virginia-class submarines by hiding a SanDisk inside a peanut butter sandwich.

Federal agents arrested Toebbe, a nuclear engineer and civilian Navy employee, and his wife Diana on Oct. 9 following a monthslong sting operation, during which an undercover FBI agent posed as an intelligence officer from an unnamed country.

Neither Toebbe nor his wife could be reached for comment on Tuesday.

FBI agents found the sandwich with the purloined secrets on June 26 after watching Toebbe make an agreed upon “dead drop” in West Virginia with his wife allegedly serving as his lookout, according to an affidavit supporting a criminal complaint against Toebbe and his wife that was filed in federal court.

Prosecutors claim that Toebbe left the peanut butter sandwich in the first of three dead drops that he made. His wife allegedly accompanied him on two of the drops.

A former lieutenant, Toebbe served as an active-duty nuclear engineering officer and a reserve human resources officer from July 2012 until July 2019, according to his official service record. He left the Individual Ready Reserve in December 2020.

After being trained on nuclear reactors, he served at Naval Reactors Headquarters from September 2014 until October 2017 before switching to the select reserve to become a human resources officer, his record says. His last assignment from April 2018 through July 2019 was serving in the 21st Century Sailor office, which provides sailors and their families with a support network, resources, and training.

His Navy career working with nuclear reactors provided Toebbe with access to the information that was sent to the FBI during the sting, the affidavit says.

The story of the great sandwich caper began in April, when the embassy for a nation identified only as “Country 1” received a package from an unnamed person that included Navy documents and a SanDisk card with instructions about how encrypted information could be accessed, court records show.

Prosecutors allege that the sender asked that the package be sent to the country’s military intelligence service, adding: “I believe this information will be of great value to your nation. This is not a hoax.”

The FBI received the package in December 2020 and a Navy expert concluded that it contained U.S. documents with “Restricted Data,” the affidavit says.

Thus began the FBI’s efforts to contact the sender, who was identified only as “Alice,” according to prosecutors. From February until June, an undercover FBI agent posing as a foreign intelligence officer talked “Alice” into leaving specific documents at an agreed-upon location. The ruse involved having the unnamed country fly a signal flag from its embassy to boost the FBI agent’s cover story.

On that day, FBI agents surveilled Toebbe making the dead drop while his wife “appeared to act as a lookout,” the affidavit says. A car registered to Toebbe was parked nearby. Afterward, Toebbe and his wife appeared to be “moving in a way to attempt to detect whether they were being surveilled or followed.”

“Later on the same date, June 26, 2021, the FBI recovered a blue 16GB SanDisk SD Card left by Jonathan Toebbe at the dead drop location,” the affidavit says. “The SD card was wrapped in plastic and placed between two slices of bread on half of a peanut butter sandwich. The half sandwich was housed inside of a plastic bag.”

Ultimately, federal agents allegedly watched Toebbe make two more dead drops on July 31 and Aug. 28, prosecutors allege. On both occasions, the FBI found a SanDisk left behind containing sensitive documents – the first was sealed in a Band-Aid wrapper sealed inside a Zip Lock bag and the second was hidden in a chewing gum package.

“This information was slowly and carefully collected over several years in the normal course of my job to avoid attracting attention and smuggled past security checkpoints a few pages at a time,” read a message from “Alice” on the SanDisk card that was left on July 31.

The information left on Aug. 28 was allegedly a treasure trove of secrets. After “Alice” provided the FBI with the password to open the SanDisk, federal agents found that the disc contained “schematic designs for the Virginia-class submarine,” the affidavit says.

“Virginia-class submarines are nuclear-powered cruise missile fast-attack submarines, which incorporate the latest in stealth, intelligence gathering, and weapons systems technology,” the affidavit says. “Virginia-class submarines, with a per-unit cost of approximately $3 billion, are currently in service with the United States Navy and are expected to remain in service until at least 2060.”

That SanDisk card contained a message from “Alice,” who also asked for help in case it ever became necessary to take his or her family on the run.

“You asked if I am working alone,” the message from “Alice” read. “There is only one other person I know is aware of our special relationship, and I trust that person absolutely.”

The FBI agent who wrote the affidavit argued that Toebbe wrote that message and the other person he referred to is his wife, court records show.

Toebbe went on to boast that “We received training on warning signs to spot insider threats. We made sure not to display even a single one. I do not believe any of my former colleagues would suspect me, if there is a future investigation.”

All the while, Toebbe apparently had no idea he was bragging about stealing military secrets to an FBI agent, who was preparing to spring the trap.