No, a US soldier deployed to Lithuania hasn’t come down with the Wuhan coronavirus

Has a U.S. Army soldier deployed to Lithuanian come down with the deadly coronavirus? That's fake news, according to both the website that posted the claim in the first place and the Lithuanian armed forces 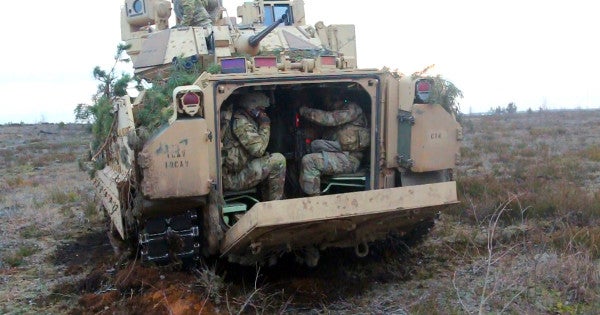 Has a U.S. Army soldier deployed to Lithuania come down with the deadly coronavirus? That's fake news, according to both the website that posted the claim in the first place and the Lithuanian armed forces.

The Lithuanian news site Kauno Diena was reportedly hacked on Friday to post a story that claimed an American soldiers, purportedly an officer, had contracted the illness, according to a report from the regional Baltic News Service.

The report was visible for about 30 minutes before Kauno Diena editors realized what had happened and stripped the false article from the site.

“This is an extraordinary case,” Kuano Diena, director Tadas Sirvinskas, told BNS of the hack. “We've had similar attempts in the past, but none of them were successful.”

The Lithuanian army immediately debunked the report as part of a Russian disinformation campaign targeting countries in the Baltic region.

“It's not the first such a case in Lithuania, and all U.S. troops are well,” Lithuanian army spokesman Laimis Bratikas said in a statement to BTS. “The false information is aimed at discrediting and set the public against our allies and raise panic a little bit.”

Indeed, multiple stories false cropped up in recent years designed to undermine the relationship between the U.S. and its NATO ally.

In June 2018, a fake story designed to imitate a popular Lithuanian news site falsely claimed that a U.S. Army Stryker armored vehicle had accidentally run down and killed a child during a tactical road march.

This past October, a phony news release purportedly from Lithuania's Ministry of Foreign Affairs claimed the U.S. military was planning to build a new base to house nuclear weapons in the country, a claim the ministry quickly debunked as false.

“NATO and the presence of allied troops in Lithuania continues to be the target of disinformation and cyberattacks by NATO adversaries and their troll army that seek to dilute and diminish Lithuanian society's support for NATO and sow mistrust of Lithuania's allies,” Lithuania's Ministry of Foreign Affairs told the Washington Examiner.

“Lithuania is the subject of at least 50,000 cyber attacks annually,” the ministry said in its statement.

There are currently 500 U.S. troops in Lithuania as part of a six-month deployment initiated in October, Reuters reports, the U.S. military's first Baltic deployment since the Russian annexation of Crimea in 2014.