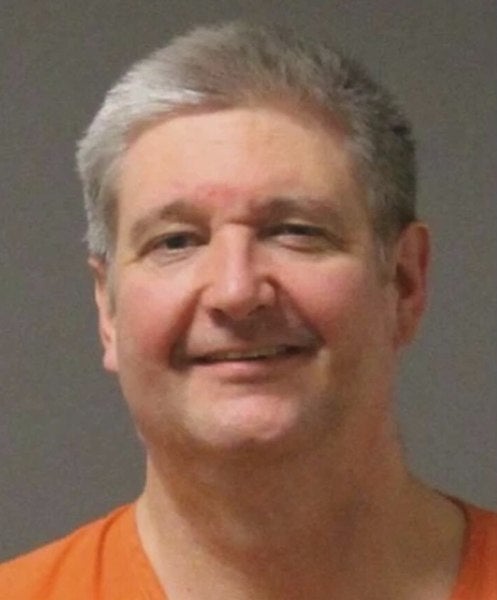 Many legal scholars argue that the Second Amendment of the U.S. Constitution entitles Americans to a wide range of weaponry, from automatic pistols to belt-fed machine guns. But for whatever reason, the Founding Fathers did not think to include missile warning systems stolen from the federal government in the Bill of Rights — at least, not as far as a recent criminal case in Ohio is concerned.

A former major in the Air Force reserves was sentenced to prison for 33 months on Friday after pleading guilty in December for illegally possessing an unregistered silencer, a AN/AAR-47 Missile Warning System, and a Control Countermeasures Set Display Unit that belonged to the government, according to an announcement from the U.S. Department of Justice.

The former officer, Joel Montgomery, also worked as a sensor technician subcontractor at Wright-Patterson Air Force Base at one point, according to Air Force Times. It was during this stint that Montgomery did not return the warning system and “instead kept the equipment for his personal use,” according to the U.S. Attorney’s Office for the Southern District of Ohio.

Federal agents found the silencer, missile warning system and countermeasures display unit during searches of Montgomery’s home in June and October of 2015, respectively, the statement said.

The AN/AAR-47 is designed to protect aircraft against infrared-guided missile threats, laser-guided or -aided threats and unguided munitions, according to Northrop Grumman, which designed and produced the system.

“Upon detection of the threat, the system will provide an audio and visual sector warning to the pilot,” according to the Northrop Grumman website. “For IR missile threats, the system automatically initiates countermeasures by sending a command signal to the countermeasures dispensing set.”

The sentencing on Friday is the latest chapter in Montgomery’s colorful history with law enforcement. After a dispute with neighbors over allegations that Montgomery was shooting firearms at a nearby property in Greene County, Ohio sheriff’s deputies in June 2015 seized 177 firearms scattered throughout his house, Air Force Times reported.

In that raid, sheriff’s deputies found the silencer, which was not registered to Montgomery in the National Firearms Registration and Transfer Record. While some of the weapons were later returned to Montgomery, Air Force Times reported, the FBI and agents from the Bureau of Alcohol, Tobacco and Firearms kept tabs on him through a confidential informant, who was a longtime friend of Montgomery’s.

In February 2016, the former major said he had planted VX nerve agent gas in three cities, and he was “rigging up” his home in case federal agents raided it, Air Force Times reported. Montgomery said he was more dangerous than Timothy McVeigh, who perpetrated the 1995 Oklahoma City bombing which killed 168 people and wounded over 680 others.

Montgomery never faced formal charges for the statements, Air Force Times said, but federal agents later found a homemade mortar tube, mounting device and base plate in his basement. They also found a pressure cooker and many explosives and explosives precursors in his office.

Other highlights from Montgomery criminal record include, multiple convictions for DUIs, domestic violence, public intoxication and weapons charges between 2003 and 2016.

A 2004 memo from his employer saying that Montgomery argued with coworkers and said he had a live grenade and other weapons at his office.

In 2006, an Air Force colonel said she had “grave concerns” that then-major Montgomery could not perform his duties even at an unclassified level, and he was moved to Inactive Ready Reserve.

According to Air Force Times, Montgomery originally faced federal explosives charges and threat-related charges along with those he pleaded guilty to, but the explosives and other charges were dismissed as part of his plea agreement.