"I am deeply concerned about the implications of China’s change in policy for nuclear stability and the potential for a catastrophic mistake.” 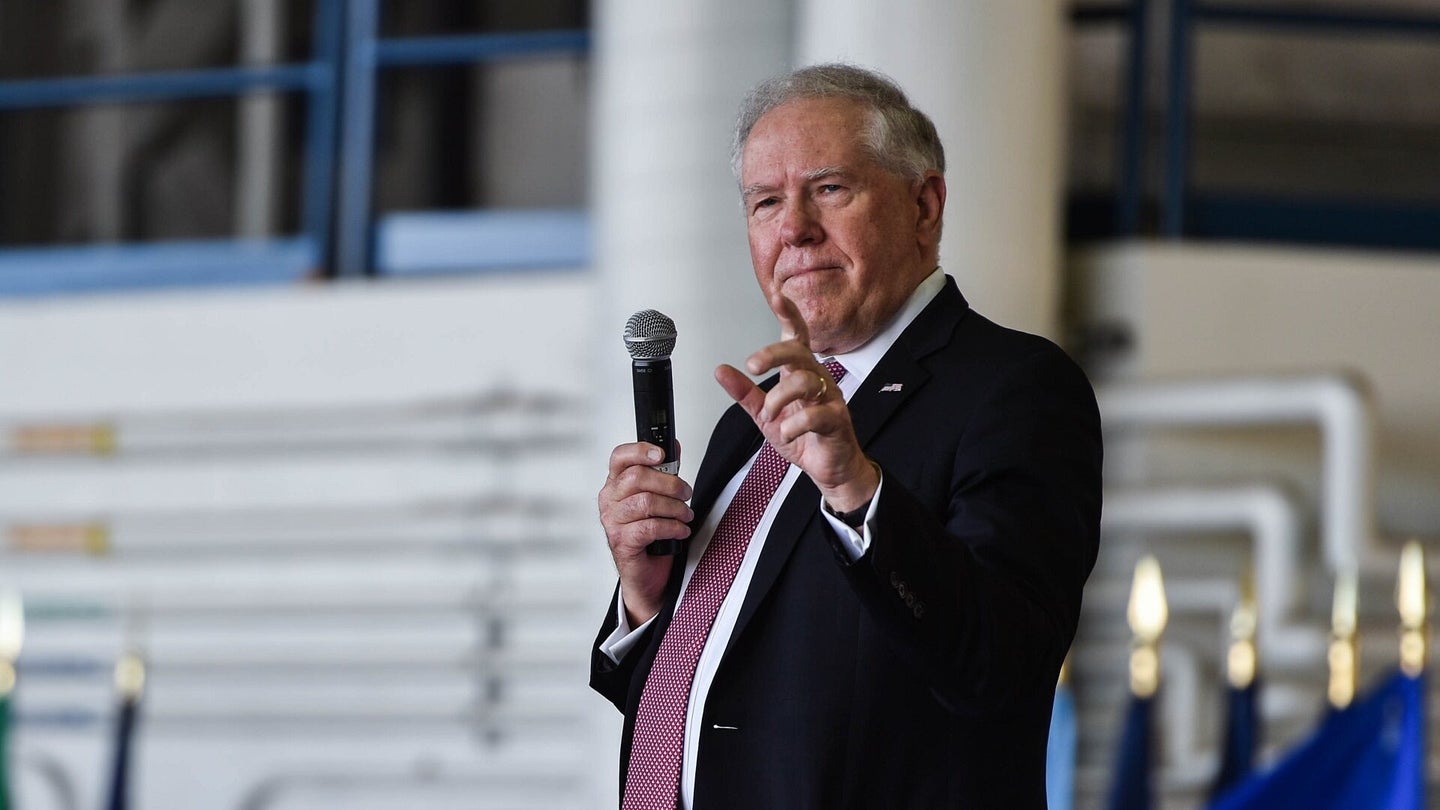 News that China is revamping its nuclear arsenal has the secretary of the U.S. Air Force on edge, he admitted on Monday. Frank Kendall, who took the Air Force’s top post in July, said China’s expansion of its intercontinental ballistic missile silos could indicate the nation is developing a “first strike” capability that could allow it to attack American nuclear arsenals before the U.S. would have a chance to fire back.

“No one could rationally desire or plan to initiate a nuclear war, and I’m convinced China does not,” Kendall told listeners in a speech at the Air Force Association’s Air, Space and Cyber conference. “But as a 20-year veteran of the Cold War who saw the world come far too close to nuclear exchanges between the Soviet Union and the United States, I am deeply concerned about the implications of China’s change in policy for nuclear stability and the potential for a catastrophic mistake.”

Kendall noted his concern about China’s nuclear capability as part of a larger mission statement that the Air Force and Space Force must radically change its technology and practices to keep pace with that rising power. That was the theme throughout the conference, which is the largest public Air Force event of the year. Even the branch’s own press release about Kendall’s speech noted that the secretary mentioned China 27 times in the speech, as opposed to one mention of Russia and three of Afghanistan.

“At a breakfast on Capitol Hill shortly after I was sworn in, I was asked by Sen. Jon Tester what my priorities were,” Kendall recalled in his speech. “My answer was that I had three; China, China, and China.”

Just a few hours after the speech, Kendall warned reporters at the start of a media roundtable that “you’re going to get tired of hearing me talk about China.”

Kendall’s fears stem not only from China’s nuclear arsenal, but also from the modernization of its conventional weapons. These days, the Chinese military fields long-range anti-aircraft missiles; the largest navy in the world, fifth-generation fighter jets, anti-satellite weapons and other tools over which the U.S. and its allies once enjoyed total dominance 20 years ago. A West Point graduate who worked in the defense industry for 15 years, Kendall said he returned to government work in 2010 specifically to “pound the drum” about the threat of China’s military modernization program.

“While there are a number of areas in which the U.S. maintains strong leads, China has invested smartly in anti-access/area denial systems designed to defeat U.S. power projection,” Kendall said. “We are being more effectively challenged militarily today than at any other time in our history.”

China’s military modernization and missile silo expansion efforts are well-documented. However, it was unclear what proof Kendall had to show that China was pursuing a first-strike nuclear capability.

“Anyone with nuclear weapons can potentially conduct a first strike and China has for decades had the capability to do so if it wanted to,” Hans Kristensen, director of the Nuclear Information Project at the Federation of American Scientists, told Defense One on Monday. “But the ‘capability’ doesn’t say much about strategy or intent and [Adm. Charles Richard] and Kendall don’t provide any evidence that’s what China is aiming for.”

Kristensen and fellow nuclear arms researcher Matt Korda wrote in July that China appears to be in the process of building 250 nuclear missile silos in the country’s western Xinjiang region, in addition to around 100 road-mobile ICBM launchers deployed at more than a dozen bases, they wrote.

“There are no limits on what they can put in those silos,” the vice chairman of the Joint Chiefs of Staff, Air Force Gen. John Hyten, said earlier this month, according to U.S. Naval Institute News.

Kendall was just as wary. China used to have just “a small nuclear force that was clearly intended to be a minimal deterrent and a second strike capability,” he said on Monday.

That small nuclear force provided more than adequate deterrence and “kept the risk of unintended nuclear use very low,” Kendall explained. But the new ICBM silos indicate a shift away from that policy, he said, though he was unsure why China would take such a route.

“I don’t know what China’s intentions are … we really don’t have a good explanation for that,” the secretary told reporters on Monday. “But inherently it is a destabilizing move on their part, and I’m not sure they fully appreciate the risks that they’re adding to the entire global nuclear equation by doing it.”