Should media organizations capitalize the word 'veteran' as a formal title? One Marine veteran certainly thinks so 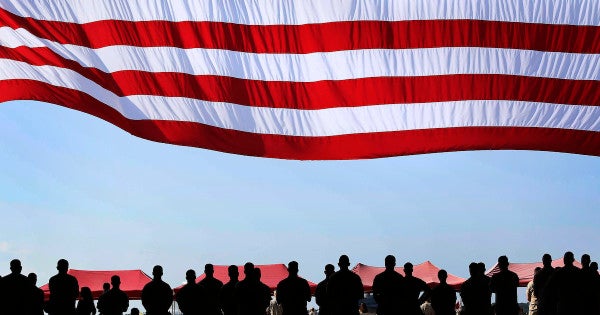 Should media organizations capitalize the word ‘veteran’ as a formal title? One Marine veteran certainly thinks so.

Patch Baker, a Marine Corps veteran turned entrepreneur, is currently spearheading a petition to induce the Associated Press — arbiter of most American newsroom style guides, including here at Task & Purpose — to use the capital ‘Veteran’ when referring to former service members rather than the lowercase ‘veteran.’

By contrast, the Associated Press Style Guide does not consider ‘veteran’ a proper noun or formal title worthy of consistent capitalization when referring to a former service member.

“Of all we can and must do to honor and support these individuals who’ve honored and supported our country so well, one of the immediate and most elemental is to make the honor of their title inherent,” argues Baker in his Change.org petition. “In referring to every Veteran, both living and dead, we can magnify the honor we show for the valor and sacrifice by regarding their role with full respect and honor for the title they hold.”

To be fair to Baker, there are certainly certain elements of U.S. military culture that aren’t reflected in many style guides. Before I came to Task & Purpose, I wouldn’t necessarily have understood the difference between, say, ‘former Marine’ and ‘ex-Marine.’ Words matter, and asking the AP to move thoughtfully and purposefully with regards to American veterans isn’t an inherently wrong request.

But honing in on a lack of capitalization — especially given the Pentagon’s obnoxious insistence on capitalizing every goddamn word under the sun — as some sort of sign of absent respect seems, well, both pedantic and small. And while Baker claims that “a growing body of U.S. citizens are increasingly concerned about this omission,” a growing body of veterans arguablycouldn’t give halfa shiteither way.

Besides: if we’re capitalizing titles, why stop with veteran? Why don’t we just capitalize everyone’s title. Garbageman. Janitor. Teacher. If military service — a job as much as a calling — earns you capitalization forever, then they earned it too, goddammit. Hell, I’ve been a reporter for a decade, so please refer to me as Reporter Jared Keller from now on, please and thank you.

The civil-military divide is real, and insisting on an extra way to set yourself apart from the rest of the civilian world isn’t going to help that one bit. And while I respect Baker’s desire to encourage a moment of self-reflection among copyeditors everywhere, here’s the thing: if a lack of capitalization screams a lack of respect to you, then maybe the problem isn’t with the Associated Press.