The Swedish military got duped into commissioning a guy with a fake diploma, and then they assigned him to NATO's Supreme Headquarters Allied Powers in Belgium. 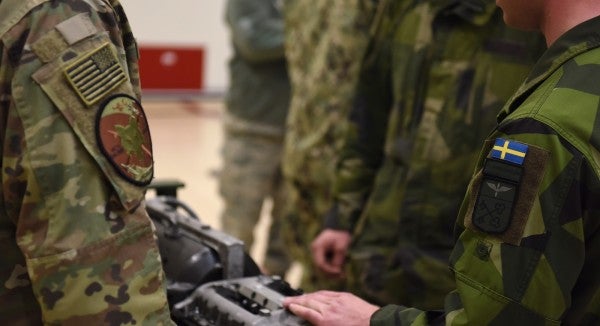 The Swedish military got duped into commissioning a guy with a fake diploma and then assigned him to NATO's Supreme Headquarters Allied Powers in Belgium, according to the Agence France-Presse.

Citing the Swedish paper Dagens Nyheter, the AFP stated that the man lied about his experience and forged a diploma from the Swedish Armed Forces military academy to get a job as an officer, a position he served in for more than a decade.

“We can confirm that one person has been hired as a reservist officer in the Swedish Armed Forces on the wrong basis,” the public affairs office for the Swedish Armed Forces told Task & Purpose. “We have not been able to ascertain exactly how this happened. Several unfortunate circumstances appear to have coincided, resulting in the employment of this person as a reservist officer.”

According to the Swedish newspaper Aftonbladet, the masquerading officer — who rose to the rank of major during his decade of non-service — was assigned to NATO's SHAPE in 2013 and was temporarily promoted to the rank of lieutenant colonel.

The phony officer even deployed to Afghanistan and later to Mali as part of a UN peacekeeping mission, according to AFP.

While in Afghanistan, he reportedly worked on an intelligence system operation used by more than 48 nations to share “surveillance and reconnaissance information.”

The AFP reports that NATO and the Swedish military have launched an investigation into this utterly bizarre case of borrowed valor (he did deploy to Afghanistan, after all.)

Honestly, after first hearing this news the only reaction I had was:

Im Not Even Mad Thats Amazing GIF from Imnotevenmad GIFs

UPDATE: This article has been updated with a comment from the public affairs office for the Swedish Armed Forces.