The Army reportedly warned people he could be "armed and dangerous." 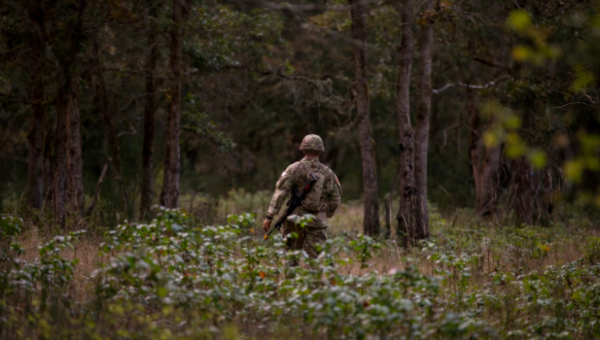 An Army infantryman stationed at Joint Base Lewis-McChord was arrested last week for desertion.

Pvt. 2nd Class Christopher Lee Gardner, 32, was arrested in Oregon on Thursday, according to the Associated Press; he doesn't face any local charges. It's unclear when he was reported missing, though the AP reports the Army “issued a statewide bulletin identifying Gardner as possibly armed and dangerous.”

Gardner is being held at the Lincoln County Sheriff's Office, according to the jail website.

He was picked up at the Cape Perpetua Visitor's Center a little after 8 a.m. on Thursday “without incident,”, after a report of a “suspicious person” led deputies to the site, per The Oregonian. His vehicle was found nearby with a firearm inside.

Lt. Col. Roger Cabiness II, spokesman for 7th Infantry Division, told Task & Purpose that they are “aware of the incident and will cooperate with local authorities as appropriate.”

Cabiness was unable to provide further details since the investigation is ongoing, but said Gardner had no history of deployments, and that he arrived to JBLM in July 2019.