He will be charged with 'multiple counts of kidnapping.' 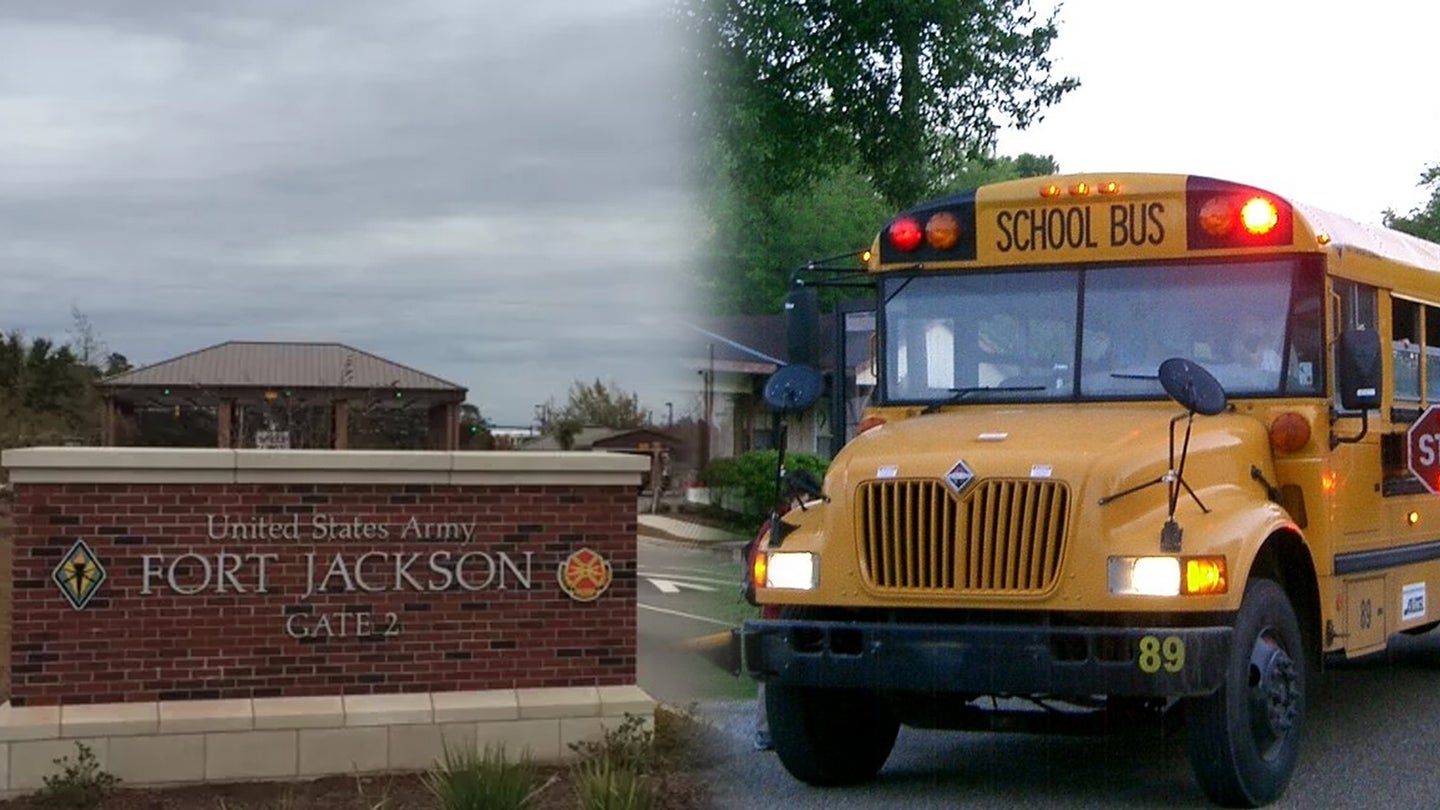 A trainee at Fort Jackson, South Carolina, was arrested for allegedly hijacking a bus full of school children on Thursday while armed with a rifle, said Richland County Sheriff Leon Lott.

None of the school children were physically harmed during the incident, Lott told reporters on Thursday. The bus driver also escaped injury.

Fort Jackson has identified the trainee as Pvt. Jovan Collazo, who ran away from his unit about 7 a.m. on Thursday in an attempt to get home.

Collazo fled while the other trainees in his unit were washing up after the morning’s physical training, Fort Jackson announced on Thursday evening. He took his Army-issued M4 carbine, but he did not have any ammunition at the time because he was still in the early stages of basic training.

The Sheriff’s Department has released video footage of Collazo on the bus. It starts at 5:30 in the video by WCBD News 2 below.

Shortly after Collazo fled from Fort Jackson, a parent of one of the children taken hostage alerted a sheriff’s deputy that a man with a gun was on the school bus, Lott said at a news conference.

Having failed to get a car on the interstate to stop and give him a ride, Collazo had gone to a bus stop and boarded the bus with children, who were headed to a local elementary school, Lott said on Thursday morning, before Collazo’s identify had been officially released.

“The trainee brought the kids to the front of the bus,” Lott said during the press conference near where the bus eventually stopped. “The kids started asking lots of questions to the suspect, if he was going to hurt them or the bus driver. The suspect got a little frustrated. The bus was stopped close to where we are standing right now and that’s when the kids and the bus driver got off the bus.”

Collazo then drove the bus a couple of miles further before he abandoned the vehicle, leaving his weapon behind, Lott said. Collazo was “arrested without incident” after he unsuccessfully asked people for a ride and a change of clothes.

Lott said that Collazo will be charged with “multiple counts of kidnapping” and other offenses.

The sheriff credited the bus driver, who “kept his cool” and did not overreact during the hostage situation.

“I will tell you: His main concern was the safety of those kids and he did his job,” Lott said.

Collazo had arrived at Fort Jackson in mid-April and was in the third week of basic training at the time of the incident, according to the Fort Jackson statement.

“His next of kin have been notified that Collazo committed a serious offense and remains in the custody of local law enforcement pending civil charges,” the statement says.

Fort Jackson is conducting its own investigation into the indent and is also cooperating with the Richland County Sherriff Department, the statement says. Brig. Gen. Milford H. Beagle, Jr., the base commander, has ordered leaders to find ways to prevent another such incident from happening again.

Thursday’s incident was far from the first time that a military trainee has tried to flee boot camp. In January 2013, police arrested a 22-year-old Marine recruit from San Diego, who had scaled a fence in order to get into San Diego Lindbergh Field, according to KSWB-TV.

Police Lt.  John Forsythe said at the time that recruits at the nearby training depot sometimes try to make it to the airfield thinking they can get to the terminal even though that would not be possible without setting off alarms.

“They see the airport as freedom on the other side and I don’t think they develop a plan,” Forsythe said.

UPDATE: This story was updated on May 6 after the trainee was identified as Pvt. Jovan Collazo.