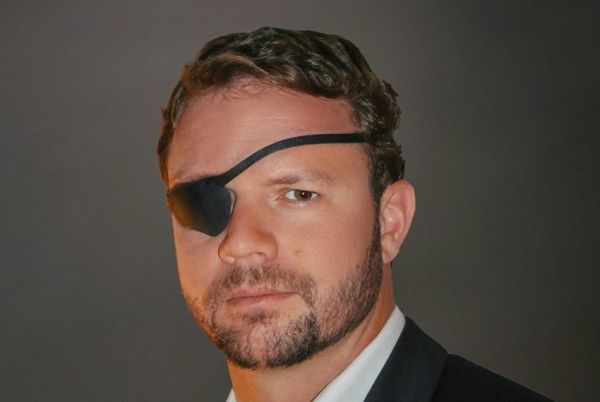 On Saturday’s “Weekend Update” sketch, Davidson told viewers that he had made “a poor choice last week” and apologize to Crenshaw on behalf of himself and the show.

“No, I mean this from the bottom of my heart, it was a poor choice of words,” Davidson said. “The man is a war hero and he deserves all the respect in the world and if any good came of this, maybe it is that for one day the left and the right finally came together to agree on something: That I’m a dick.”

Crenshaw, who appeared on “Weekend Update” with Davidson, jokingly thanked the SNL star “for making a Republican look good.” In another job, Crenshaw’s cell phone went off, playing a ring tone from an Ariana Grande song. (Davidson and Grande recently called off their plans to get married.)

“Oh, do you know her?” Crenshaw quipped.

Turning serious, Crenshaw said that one lesson from the recent controversy is that Americans can forgive each other and remember what brings them together as a country.

“This is Veterans Day weekend, which means it’s a good time for every American to connect with a veteran – maybe say, ‘Thanks for your service,’” Crenshaw told viewers. “But I would actually encourage you to say something else. Tell a veteran, ‘Never forget.’

“When you say, ‘never forget,’ to a veteran, you are implying that as an American you are in it with them – not separated by some imaginary barrier between civilians and veterans – but connected together as grateful fellow Americans.