Police have arrested a man who allegedly murdered his wife some time after they both attended their unit's Marine Corps... 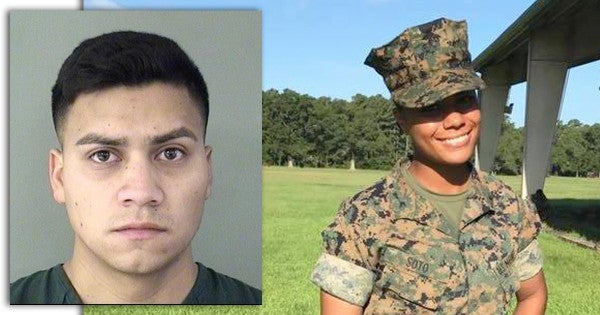 Police have arrested a man who allegedly murdered his wife some time after they both attended their unit's Marine Corps Birthday Ball on Friday, Task & Purpose has learned.

Arlington County Police officers found 20-year-old Marine Lance Cpl. Natasha Rivera dead inside a hotel room in Crystal City on Saturday at about 9:40 a.m. Her husband, Cpl. Rodolfo Rivera, 24, was arrested at the scene and has been charged with murder.

The arrest was announced as a “domestic-related homicide,” according to a police statement. Rivera is being held without bond in the Arlington County Detention Facility, police said.

Both Marines lived in Stafford, Virginia and were assigned to Headquarters and Service Battalion in the legal services support section at Marine Corps Base Quantico as legal services specialists. They both attended their base's birthday ball together on Friday evening at the Crystal Gateway Marriott hotel, a source familiar with the matter told Task & Purpose.

The victim, whose maiden name is Soto, had just given birth to a baby boy in September and was still on maternity leave, according to the source.

“We are shocked and saddened by this tragic loss. Our deepest sympathies are extended to the Marines and families involved,” Maj. Ken Kunze, a MCB Quantico spokesman, told Task & Purpose in a written statement.

Kunze added that base officials were notified of the alleged murder and arrest on Saturday and were cooperating fully with the investigation, which is being carried out by the Arlington Police Department and the Naval Criminal Investigative Service.

According to Marine Corps records, Quantico was both Marines' first duty station and neither had ever deployed. Their only awards were the National Defense Service Medal and the Global War on Terrorism Service Medal.

A friend of Natasha's who went to boot camp with her has started a GoFundMe campaign for her family to pay for expenses and to help raise her infant son. “She had such a great presence,” wrote Olivia Golden. “Anything you can offer will help immensely.”