He describes himself as a victim of 'cancel culture' 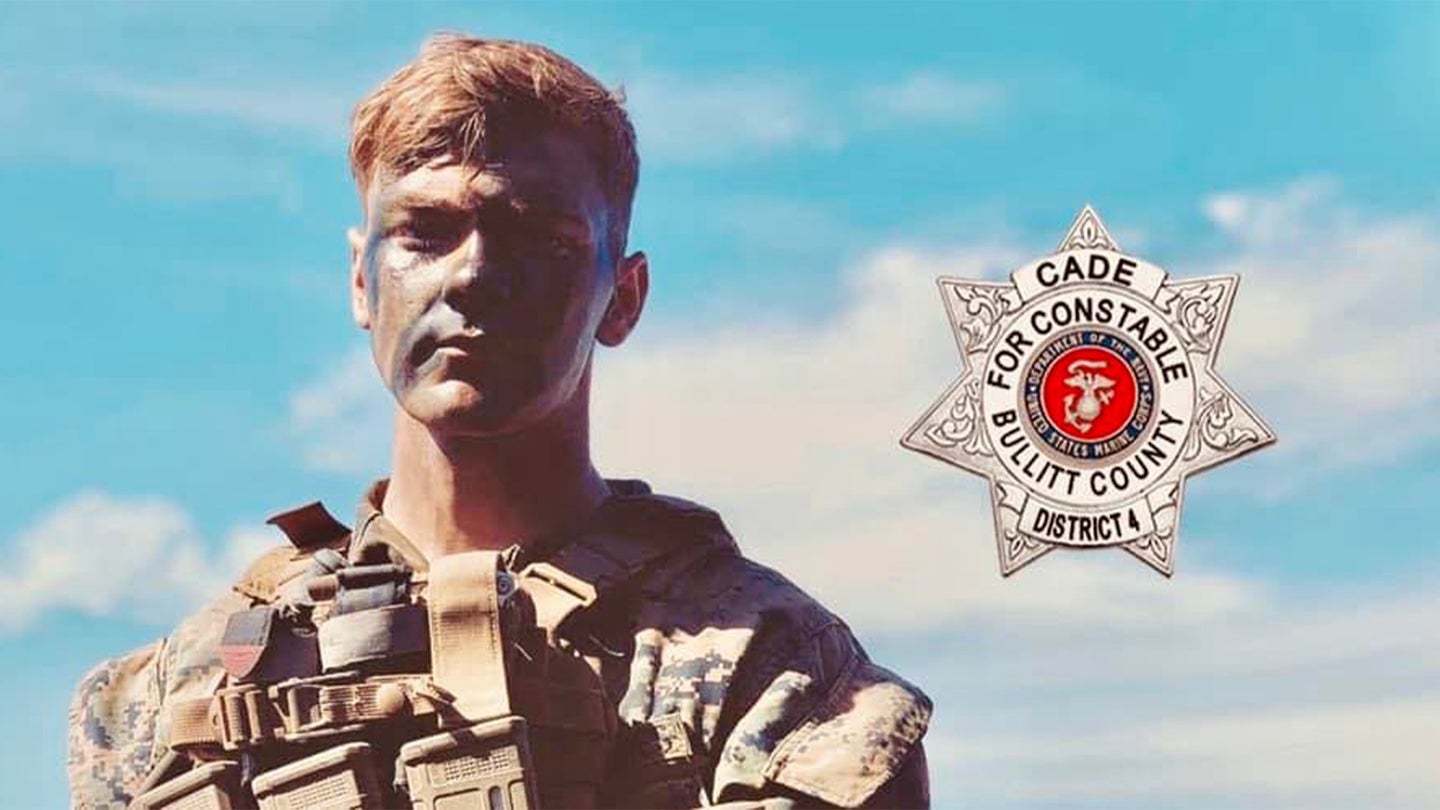 A Marine who was kicked out of the Marine Corps after sharing white supremacist materials is now running for local office in Kentucky.

Thomas Cade Martin is a candidate for District 4 Constable in Bullitt County. What is a constable? It’s a somewhat obscure position that predates modern police forces. In the 21st century, they can serve court papers, kill and bury livestock and in Kentucky, make arrests and write citations without undergoing the same training as other peace officers.

Martin was serving as an anti-tank missile gunner with the 1st Battalion, 5th Marine Regiment at Camp Pendleton, California when he received field grade non-judicial punishment and was busted down from lance corporal to private first class. He was separated from the Marine Corps on Sept. 11, 2020, although officials declined to specify the type of discharge he received.

“Martin’s premature discharge and rank are indicative of the fact that the character of his service was incongruent with Marine Corps’ expectations and standards,” Yvonne Carlock, a Marine spokeswoman, said at the time. “Due to the associated administrative processes, further details are not releasable.”

In an April 28 Facebook post, Martin claimed that he was a “victim of cancel culture” and said he “was discharged under honorable conditions and retained my earned benefits.” Martin did not respond to a request for comment from Task & Purpose.

According to Andrew Dyer, a reporter with the San Diego Union-Tribune, Martin repeatedly posted what was described as “white supremacist messaging” over a two-year period. That included a flyer with the white supremacist slogan “not stolen, conquered” over a map of the United States, and “‘stylized patriotic graphics and photo illustrations of early 20th Century nationalistic propaganda.’”

Martin also founded an organization called the United States Nationalist Initiative, which its now-defunct website claimed was “comprised of patriotic men and women who wish to make a difference within their country and local communities.” The organization’s vice-president, Everett Corley, was condemned by Sen. Mitch McConnell (R-Ky.) in 2018 for appearing in 2014 on a white nationalist YouTube show called “The Ethno State.”

The Facebook page for Martin’s campaign, Cade 4 Constable, makes frequent references to his Marine Corps service. It includes pictures of him in uniform as well as references to counter-terrorism training he received while a Marine. There are also videos of him firing weapons and wearing tactical equipment.

Marine recently appeared along with Corley and others at the American Family Association of Kentucky candidate forum in April. Corley is currently a candidate for the Kentucky state senate.