The Pentagon is essentially a Sears mail-in catalogue that is struggling to stay relevant in an Amazon Prime world. 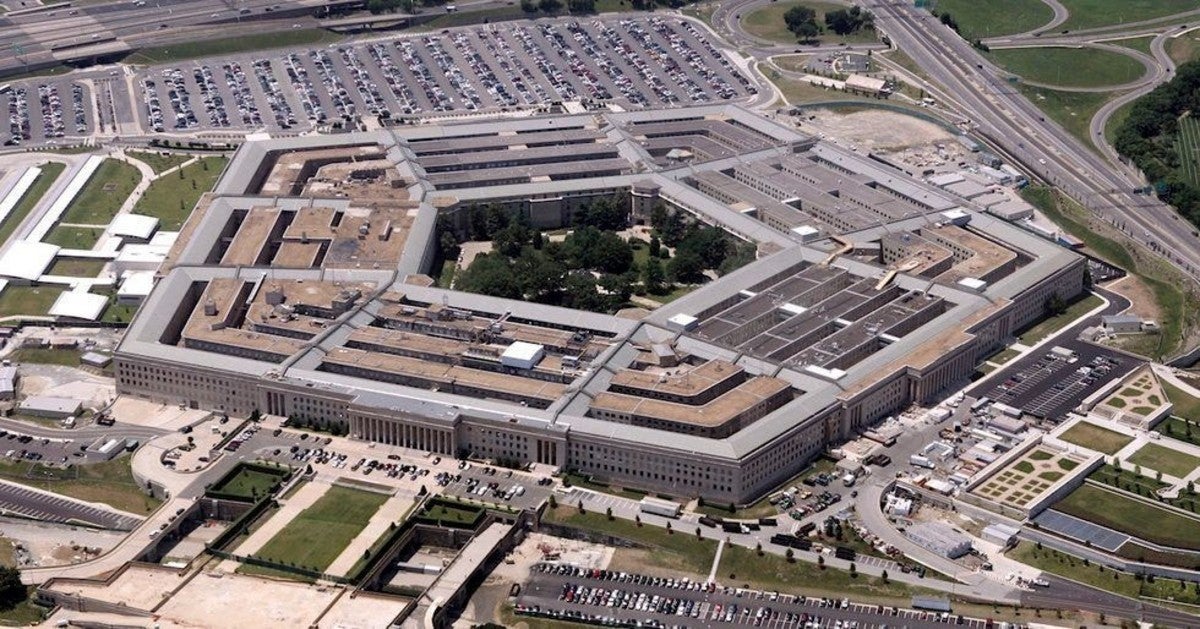 The fact that the Pentagon is a technologically backward outpost where innovation is considered a thought crime should come as no surprise to anyone who has spent any time either in or working for the military.

But former Navy Chief Learning Officer John Kroger’s recent column for Wired beautifully lays bare the initial shock that newbies feel when they arrive at the building, only to find that the only military in the world with a budget of more than three-quarters of a trillion dollars has a headquarters that essentially predates the internet.

Since there is no WiFi in the Pentagon and only a few spots where cell phones get service, he was essentially out of touch with his office while in meetings for most of the day, wrote Kroger, who announced in June that he was leaving his job with the Navy after eight months.

“We didn’t even have pagers, so if something needed immediate attention, a staff member who monitored my phone and email had to come locate me among the Pentagon’s 6.5 million square feet,” he wrote.

I can attest to the accuracy of Kroger’s observation. People simply don’t believe me when I tell them that I don’t get cell service in the Pentagon. My phone whirls to life when I’m leaving the building as I see all the people who tried reaching me.

In fact, I was trying to get a cell phone signal at the precise moment when President Donald Trump tweeted that Defense Secretary James Mattis was leaving. (When I turned around and saw the entire Pentagon press corps sprinting in the same direction, I had a clue something was afoot.)

Kroger also wrote that there was no internet connectivity during the many meetings he attended, just underscoring the fact that the Pentagon is essentially a Sears mail-in catalogue that is struggling to stay relevant in an Amazon Prime world.

More disturbing than the Pentagon’s antiquated information technology was Kroger’s description of meetings in the building, where subordinates are expected to keep quiet rather than ask questions.

“Instead of interjecting their own questions or raising alternative points of view, they’re encouraged to ‘stay in their own lane,’” Kroger wrote. “The purpose of many of these meetings is not to make a decision, but to ‘update leaders on progress.’ There are no whiteboards, no thinking out loud, and usually no analysis. Almost everything is scripted.”

In other words, the purpose of these meetings is for Pentagon leaders to let everyone know that they are handling things perfectly. Any objection to group-think is heresy because it implies subordinates might actually understand an issue better than their superiors. The meetings themselves are useless and the information could have just as easily been sent by email.

As a survivor of the newspaper industry, the imperviousness to creative thinking that Kroger describes is painfully familiar. If you want to know why newspapers are only now trying to increase digital subscriptions, it’s because every editorial meeting from 2000 to 2019 went exactly like this:

JUNIOR REPORTERS: We need to stop our emphasis on print because it’s going away and we should grow our audience online, especially for people who read their news on mobile devices.

BABY BOOMER EDITORS: I agree! We need to double down on the print product and we can water down our online products because people will always want to feel newspapers in their hands.

The practical implications of the military’s phobia of meaningful discussions is that problems often go ignored and unsolved.

You don’t get promoted in the military by telling your superiors, “We have real challenges that are putting service members under undue stress and I have a number of proposed solutions.”

Instead, many get promoted by telling superiors that things are working exactly as they planned. The entire rank and file is not only happy with the status quo, but they love their leadership more than they care for their own children.

Everything is awesome and there is absolutely no reason to rock the boat.

This is how toxic leaders rise through the ranks. It’s also how Nicholas II, Russia’s last czar, deluded himself into believing his people really loved him. In fact, they did not.

If the Pentagon really wants to be ready for a war against China or Russia, it needs to invest in practical technology – like reliable email – instead of shelling out billions of dollars on new planes and ships that will never quite be ready for the big game.

Both the Pentagon and the military as a whole also need to stop living in stovepipes, put rank aside, and allow enlisted service members and junior officers to provide honest feedback to their superiors without fear of reprisal.

Will any of this happen?

Of course not! The Pentagon – and the rest of the military – is like your uncle who swears every January that this will be the year he’ll finally stop drinking. You know he won’t. You know he’ll die of liver failure. But you love him all the same.