The Pentagon is terrified of talking to reporters again

The Pentagon cannot be afraid of its own shadow lest it wants service members on TikTok to become the Defense Department’s primary spokespeople. 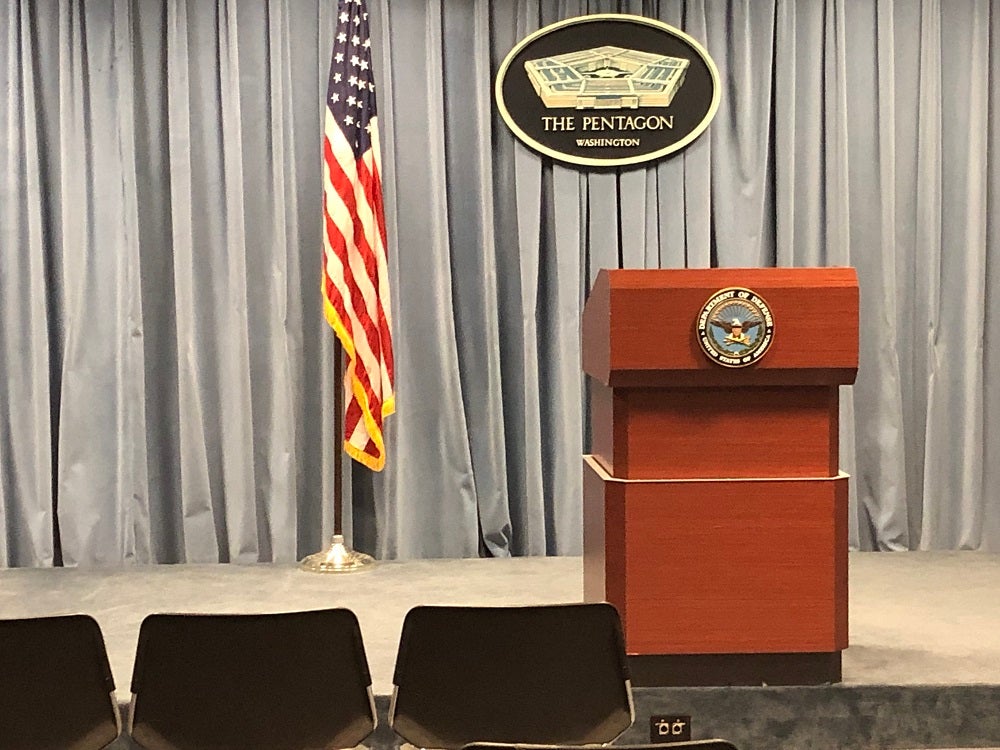 With each passing day, it increasingly looks as if Pentagon officials are trying to hide from the press until the presidential election is over.

We seem to be back to the bad old days when then-Defense Secretary James Mattis’ relationship with President Donald Trump became so strained that Mattis and other top Pentagon leaders were wary of saying anything at all to avoid antagonizing the president.

Now current Defense Secretary Mark Esper, who publicly broke with Trump in June about the need to use active-duty troops in response to protests and riots across the country, is also reportedly at odds with the president. And it appears that Esper wants to fly under the radar as long as possible.

The most recent manifestation of the Pentagon’s renewed phobia of providing the general public with basic information came on Aug. 31 when a top defense official briefed only a handful of reporters on the Pentagon’s latest report on Chinese military power.

For the Pentagon, China is the equivalent of the white whale in “Moby Dick.” China is the reason why the U.S. military says it needs hypersonic weapons, new warships, thousands of ground-launched cruise missiles, and other expensive weapons systems that will ensure that the U.S. defense industry will move more product than El Chapo.

Given the existential threat that the godless Chinese communist party poses to truth, justice, and the American way, it would stand to reason that the Pentagon would want to let the whole world know how the People’s Liberation Army plans to lay the smack down on western democracy.

But instead, most of the Pentagon’s press corps was not invited to the Aug. 31 briefing. Last year, the Defense Department took the exact opposite approach by publicly announcing its briefing on the China military report two whole days beforehand. That event was open to all reporters.

In fact, that was the second open briefing on China in 2019. That January, a senior defense intelligence analyst with the Defense Intelligence Agency also spoke with reporters about Chinese military power – although there is no transcript of the briefing on the Defense Department’s website.

Navy Capt. Brook DeWalt, a Pentagon spokesman, provided Task & Purpose with a statement about why the Aug. 31 briefing was carried out in such a clandestine manner.

“Yesterday the department held a media round table for a group of reporters on the release of the 2020 China Military Power Report,” DeWalt said. “With more than 400 credentialed media covering the Pentagon, on occasion and in order to provide for a more in-depth briefing on a specific policy product — in this case a very detailed, 200-page report — we host conversations with a smaller group of reporters.”

“The department is committed to being fully transparent and open with media on this report as evidenced by the fact that the full transcript of the group briefing was publicly released with the report itself and the Deputy Assistant Secretary of Defense for China participated in an on-the-record public engagement at a think tank one-hour after the report’s release, which was open to the media,” he continued.

I know that many of you don’t like the media and couldn't care less if Pentagon officials talk to reporters or not. But please keep this in mind: The Defense Department receives more than $700 billion in taxpayer dollars per year. The Pentagon also decides which of America’s sons and daughters will be sent into harm’s way.

The U.S. military’s civilian and uniformed leaders are accountable to you. The reporters who cover the Defense Department represent you. When the Pentagon shuts out reporters, they are denying you vital information that they owe you.

Another reason you should care is that when the U.S. military stops talking to the press, it concedes the news cycle to its adversaries. For example, it was three days before the Defense Department issued a statement about the Russians colliding with an U.S. military vehicle in Syria. By that time, the Russians had already won the information war.

If the U.S. military wants to stay relevant amid the constant crush of information then the Pentagon cannot be afraid of its own shadow lest it wants service members on TikTok to become the Defense Department’s primary spokespeople.

Despite the high stakes, I don’t expect Pentagon leaders to become more open with reporters. Let’s be honest: President Trump is a voracious consumer of media and defense officials are terrified of saying anything to the press that Trump may not like.

But by limiting press access, the Pentagon is inching ever closer to the People’s Republic of China’s strategy towards transparency and accountability.