The Pentagon now has a task force searching for UFOs

The truth is out there. 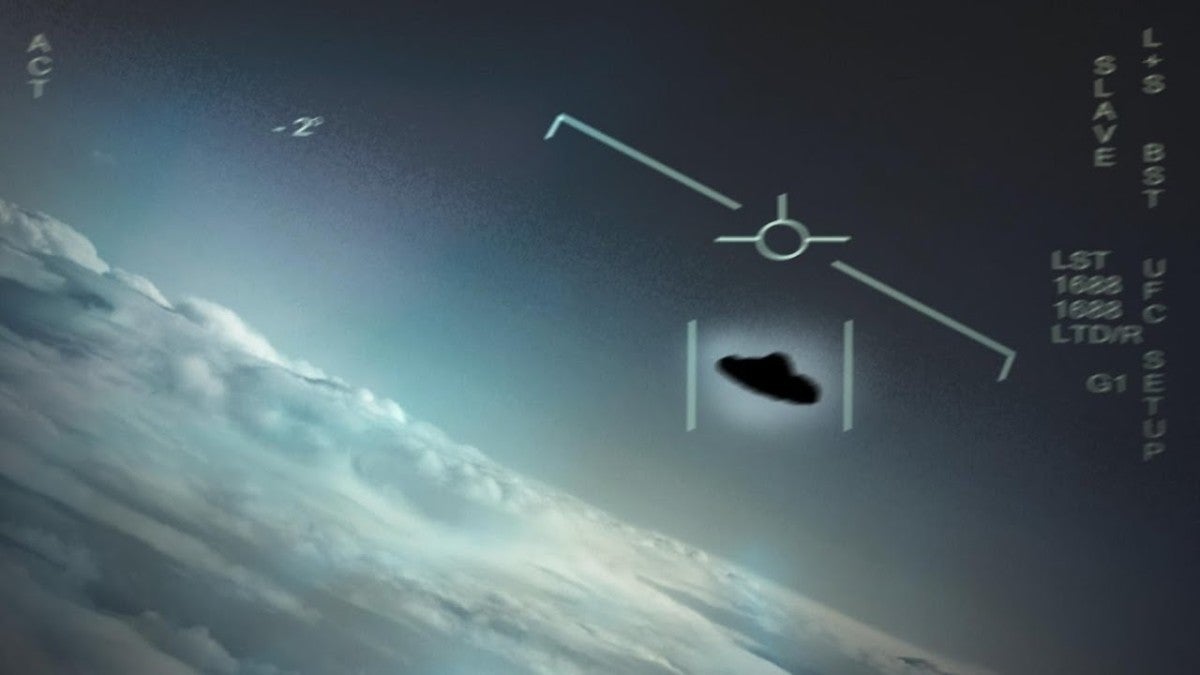 The Pentagon is on the lookout for pilots in the Alien Air Force.

David Norquist, deputy secretary of defense, has officially established the Unidentified Aerial Phenomena Task Force, which will focus on learning more about the nature and origin of what officials are calling UAP (as opposed to the more familiar UFO).

“The mission of the task force is to detect, analyze and catalog UAPs that could potentially pose a threat to U.S. national security,” Pentagon spokeswoman Sue Gough said in a statement. The new office will be led by the Navy's office of the undersecretary of defense for intelligence and security.

“The safety of our personnel and the security of our operations are of paramount concern,” Gough said. “The Department of Defense and the military departments take any incursions by unauthorized aircraft into our training ranges or designated airspace very seriously and examine each report. This includes examinations of incursions that are initially reported as UAP when the observer cannot immediately identify what he or she is observing.

“DOD is releasing the videos in order to clear up any misconceptions by the public on whether or not the footage that has been circulating was real, or whether or not there is more to the videos,” Gough said at the time. “The aerial phenomena observed in the videos remain characterized as ‘unidentified.’”

Bryan Bender of Politico and Helene Cooper of The New York Times reported last year that Navy pilots had reported seeing unidentified aircraft flying near U.S. warships in 2014 and 2015. These seemingly otherworldly flying machines had no visible engine exhaust, yet they could reach altitudes of 30,000 feet and remain on station for 12 hours.

The Defense Intelligence Agency looked into unidentified aircraft from 2008 until 2012 under the Advanced Aerospace Threat Identification Program, which was meant to see if U.S. adversaries had developed advanced technology.

Ultimately, the program was ended after a 2009 review found it was not producing data of value. Retired Sen. Harry Reid (D-Nev.) was responsible for most of the program’s funding.

“I’m glad the Pentagon is finally releasing this footage, which further illustrates the need to study this phenomena,” Reid told Task & Purpose in April. “This only scratches the surface of the research and materials available and in need of release. The United States should be taking a serious, scientific look at this and any potential national security implications. The American people deserve to be informed.”

The creation of the task force represents a growing concern among the Pentagon and some lawmakers that China and Russia have developed technologically advanced aircraft that are for more advanced than previously thought.

That is why the fiscal 2021 Intelligence Authorization Act includes a provision requiring the Director of National Intelligence and defense secretary to provide lawmakers with an unclassified report about whether unidentified aircraft that Navy pilots have reported seeing “indicate a potential adversary may have achieved breakthrough aerospace capabilities that could put United States strategic or conventional forces at risk.”

The Defense Department has been particularly envious of China’s advances in hypersonic technology, which the U.S. military initially decided not to weaponize years ago. Defense officials have accused China of stealing the U.S. military’s data on hypersonics to develop their own program.

President Donald Trump has boasted that the U.S. military is now developing a “super-duper missile” that can fly at 17 times the speed of sound.

Still, many UFO enthusiasts have expressed hope that the Pentagon’s new willingness to talk about unidentified aircraft is the first step toward the U.S. government revealing what it knows about alien visitations to Earth.

Task & Purpose asked Pentagon spokesman Jonathan Hoffman on Feb. 19 if the Defense Department had any evidence that aliens had visited this planet.

“I have nothing for you on that today,” Hoffman replied.

Still, the Pentagon’s recent revelations about UFOs have arguably been the least weird part about 2020 and thus far have failed to make much of a dent in the news cycle.

That is just a sign of the times, “X-Files” creator Chris Carter later told Task & Purpose in May.

“We are living in a tabloid culture, so the UFO story feels like more tabloid news when it should be front-page news,” Cartier said.