5th time’s the charm? Pentagon has yet another civilian leader of special operations in 3 years

Ezra Cohen is currently performing the duties of the assistant secretary of defense of special operations and low-intensity conflict. 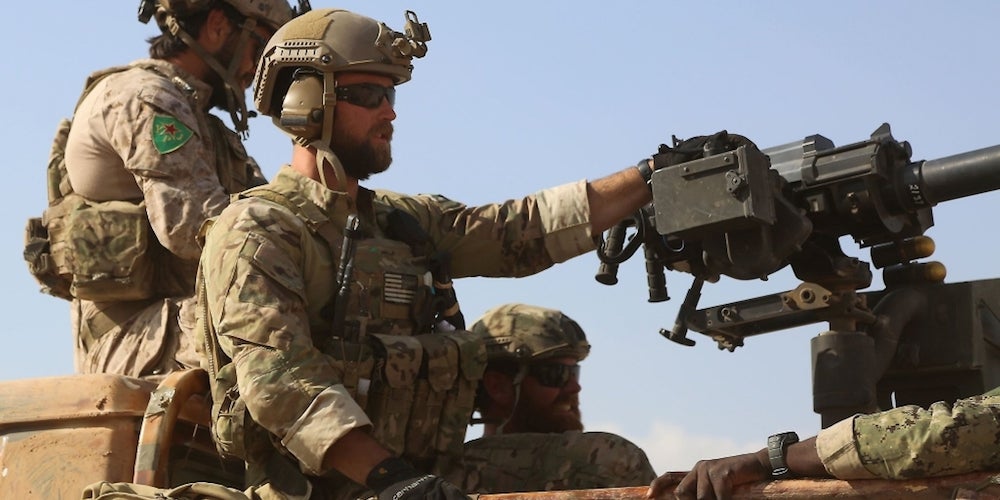 The Pentagon is now on its fifth civilian leader in charge of special operations forces in less than three years.

Cohen replaces Chris Miller, who was sworn in as director of the National Counterterrorism Center on Monday. Miller had been in the post for just under two months. His predecessor, Thomas Alexander, left the Pentagon in June to join the Office of Management and Budget.

Alexander had also been serving in the role on a temporary basis since November 2019 when he replaced retired Army Special Forces Col. Mark Mitchell, who was only in the job for roughly four months.

Mitchell took over for Marine veteran Owen West, the last Senate-confirmed assistant secretary of defense for special operations and low-intensity conflict, who left the job in June 2019.

The elevation of Ezra Cohen isn't without controversy: While serving with the National Security Council in 2017, Cohen reportedly printed reports about communications from members of then-President-elect Donald Trump's transition team that had incidentally been intercepted by U.S. intelligence agencies, but his personal spokesman told Task & Purpose that Cohen never provided any of that information to Rep. Devin Nunes (R-Calif.), who revealed to the media that he had seen the intelligence.

Former Navy SEAL Louis Bremer was nominated on May 19 to fill the job on a permanent basis, but at his Aug. 6 Senate confirmation hearing, he was asked about a picture of him hugging former Breitbart commenter Milo Yiannopoulos, who resigned in 2017 after video emerged of Yiannopoulos defending pedophilia as an “attraction to children who have not reached puberty.”

Related: Lawmakers warned the Pentagon about US special operations forces vacancies the same day the official overseeing them resigned

Bremer also faced questions about whether a security firm with which he is affiliated may have trained the Saudis who are believed to have killed and dismembered Washington Post journalist Jamal Khashoggi.

The Senate Armed Services Committee has not yet voted on whether to advance Bremer’s nomination.

The Pentagon’s efforts to increase civilian oversight of special operations forces have been stymied by the lack of a Senate-confirmed assistant secretary of defense for special operations and low-intensity conflict, a former White House and Pentagon official told Task & Purpose in July.

The issue is part of a wider problem of many top Pentagon leadership positions being filled by people on a temporary basis, the former officials said.

“If you are just temporarily holding the seat until a permanent person comes along, the bureaucracy doesn’t really respect you,” the former official said.

Related: The Pentagon is playing its C Team with so many top positions left unfilled