Thomas Alexander is leaving the Defense Department on June 19. 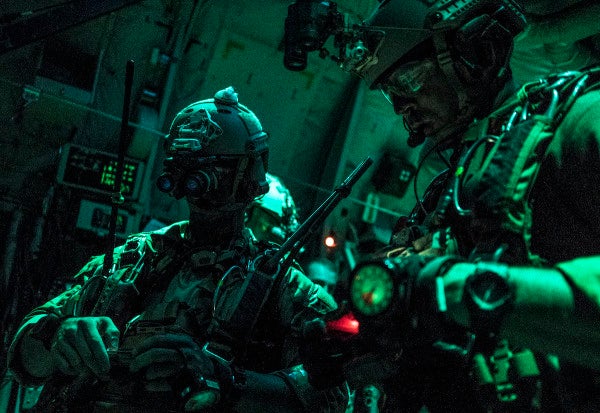 The Pentagon’s current top civilian leader in charge of special operations forces is leaving before his permanent replacement is confirmed by the Senate, the Defense Department has announced.

Alexander is currently serving as the acting assistant secretary of defense for special operations and low-intensity conflict. He took on the role in a temporary basis in November.

“For the past three years, he has been honored to serve alongside our men and women in uniform at DOD, and he looks forward to continuing to support achieving American interests in his new role at the White House,” Tresch said.

In May, President Donald Trump nominated former Navy SEAL Louis Bremer to fill the job permanently. Bremer’s confirmation hearing has not yet been scheduled by the Senate Armed Services Committee.

It was not immediately known who will replace Alexander until Bremer is confirmed.

But even if Miller steps in temporarily, the Pentagon will still have significant shortfall of officials to oversee special operations and counter-terrorism missions, the former official said.

Bremer has also proven to be a controversial pick to oversee special operations. Politico’s Wes Morgan first reported in September that Bremer had once described himself as a “Harley riding, tequila-drinking Navy SEAL” on his Instagram profile, which has since been deleted.

Another possible issue is that Bremer left the special operations community before the wars in Iraq and Afghanistan. Bremer served in the Navy from May 1992 until December 2000, leaving the service as a lieutenant, according to his official Navy biography.

Considering Bremer is one of several nominees for the Defense Department who are waiting to be confirmed, it is not clear whether he will actually have a hearing in 2020.

The number and duration of vacancies at the Pentagon is unprecedented, said Anthony Cordesman, of the Center for Strategic and International Studies think tank in Washington, D.C.

With the importance of so-called “gray area operations” across the world, the Pentagon needs to permanent head of special operations and counterterrorism missions as soon as possible, Cordesman told Task & Purpose.

“If you are asking yourselves in the Middle East or Asia or anywhere else: What will our partnership with the U.S. be; what will the role of the kind of help we need in counter-terrorism and Special Forces be; how will this partner in terms of joint warfare; having these kind of shifts really does hurt,” Cordesman said.