Mark Mitchell became the first service member to be awarded the Distinguished Service Cross during the post 9/11 wars. 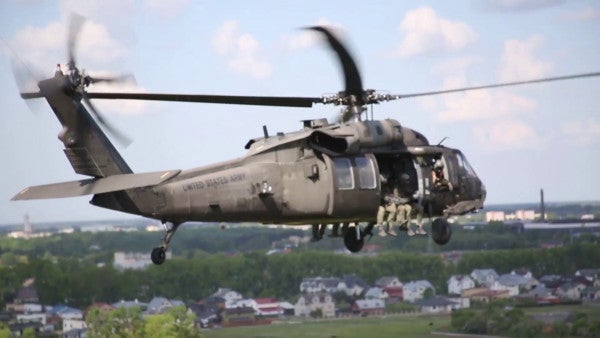 Mark Mitchell is stepping down as the acting assistant defense secretary for special operations and low-intensity conflict, a position he has held since late June, a defense official confirmed on Tuesday.

No information was immediately available about why Mitchell decided to resign. His last day will be Nov. 1 and he will be replaced by Thomas Alexander, who is currently leading the Defense Department's counternarcotics efforts, the defense official told Task & Purpose.

CNN reporter Ryan Browne first tweeted on Tuesday that Mitchell had resigned and would be replaced by Alexander.

Mitchell assumed the role as the Pentagon's top special operations official after his predecessor Owen West resigned on June 22 to spend more time with his family. West was in the job for just over a year and six months.

An experienced Army special operator, Mitchell was one of the first service members who deployed to Afghanistan in 2001, where he received the first Distinguished Service Cross awarded during the post 9/11 wars for his heroism during the Battle of Qala-I Jangi in Mazar-e Sharif from Nov. 25-28, 2001.

“Major Mitchell ensured the freedom of one American and the posthumous repatriation of another,” according to his award citation, which is posted on the Military Times Hall of Valor website. “His unparalleled courage under fire, decisive leadership and personal sacrifice were directly responsible for the success of the rescue operation and were further instrumental in ensuring the city of Mazar-e-Sharif did not fall back in the hands of the Taliban.”

Mitchell went on to simultaneously command 5th Special Forces Group and a joint special operations task force in Iraq in 2010-2011, his official biography says. He later served on President Barack Obama's national security council, where he oversaw a review of hostage policy that led to significant changes.

In December 2018, Mitchell said in an interview for West Point's Combating Terrorism Center that both military and civilian leaders believed that deploying special operations forces was a catch-all solution to just about every problem.

“Not every hard problem has a good SOF solution,” Mitchell told Brian Dodwell. “Special Operations, while they are an important part of achieving our national security objectives, can very rarely be the sole solution.”