Rather than focusing on physical advantages like body armor or load-bearing exoskeletons, the so-called  'hyper enabled operator' of the future will be cognitively enhanced, able to "think better and think faster" 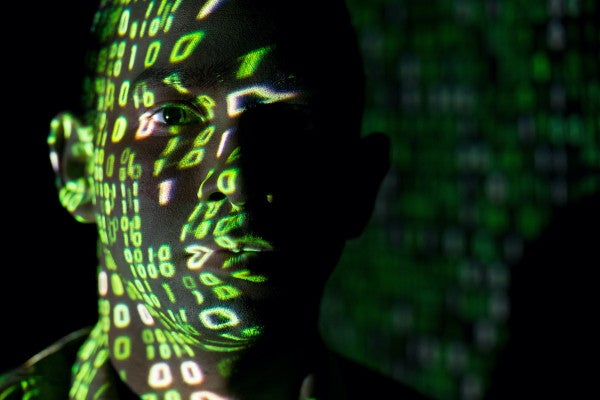 Imagine this scenario: Army Green Berets are conducting a dismounted patrol in a village with partner security forces when they come across a crowd of agitated civilians. Things appear tense. It's not clear whether the crowd is frustrated about some local issue or upset over the presence of Americans.

Without thinking, a Special Forces soldier thumbs a man-portable supercomputer strapped to his backpack. The system sprouts a series of small cameras that conduct sentiment analysis on the crowd using video and infrared inputs; heart-rate, facial expressions, even body language are vacuumed up and analyzed through the unique system architecture that's strapped to their back. The result? The crowd isn't angry, just hungry, and the system advises on how to proceed.

This is just one potential vision of what U.S. Special Operations Command officials are calling a “hyper enabled operator” (HEO) concept that, using artificial intelligence and a unique system architecture, is designed to give U.S. forces a cognitive edge over any adversary.

The HEO concept — borne out of the now-concluded Tactical Assault Light Operator Suit or “Iron Man” suit that SOCOM spent the last five years developing — is elegant in its relative simplicity: rather than focusing on physical advantages like body armor or load-bearing exoskeletons, the operator of the future will be cognitively enhanced, able to “think better and think faster,” as Army Col. Kevin Russell put it.

“We have to look at our adversary and be faster and better,” Russell, the director of SOCOM's Joint Acquisition Task Force-HEO, told Task & Purpose in a recent interview. “If we are able to make decisions faster and better, then our chances of success go up. HEO is designed to create a suite of tools to enable our operators to do just that.”

That “suite of tools” that defines HEO isn't just a slew of gadgets, according to Russell, but a revolutionary system architecture that includes four essential elements: computing, communications, an operator-worn kit, and an operator interface.

In an ideal world, the system architecture will vacuum up relevant data, run it through machine learning and other AI functions in real time, and furnish the operator with relevant information, all thanks to a man-portable supercomputer that'll function effectively in even the most denied environments.

In Layman's terms: If the TALOS program sought to build a suit of Iron Man armor, then HEO strives for something like Tony Stark's AI assistant J.A.R.V.I.S., an onboard sidekick that can be adjusted for any operator during any mission set.

SOCOM officials were careful to emphasize that HEO isn't a “one size fits all” solution for operators; after all, the various components within the command conduct distinctly different missions, from surgical strikes and reconnaissance to foreign internal defense and civil affairs, and each mission requires a vastly different set of tools.

“We're looking to use an open standard to build a system architecture with which we can plug and play with tools from different vendors,” said Kenneth Santamaria, program manager for JATF-HEO. “The architecture will inform what operators see on their displays, what will make the operator think better and faster.”

In this sense, there's no single HEO “kit”: instead, SOCOM officials envision a modular kit that, based on the next-generation system architecture at the center of the effort, would be rapidly deployable and reconfigurable to support all the individual uses and operator might need for a given mission.

At the moment, the HEO concept is still in its early stages: Russell recently met with stakeholders at Army Special Operations Command to gauge critical feedback on the development of that system architecture, and the current developmental focus is on partner operations, the very scenario that Russell laid out to Task & Purpose above.

But the real key to making HEO an operational reality, according to Russell, is developing a system that the operator will actually use.

“One thing to remember is that humans are more important than hardware,” Russell said. “We're providing tools to enable and assist the operator, but at the center of that is operators who are well-trained, mature adults who have to make decisions on the battlefield. A great kit that's never turned on is just a waste and dead weight.”