SOCOM is giving one of its sniper rifles a 6.5mm facelift

U.S. Special Operations Command is looking for modify one its sniper systems to chamber the command's new 6.5mm intermediate precision round in a push to enhance operators' range and hit probability 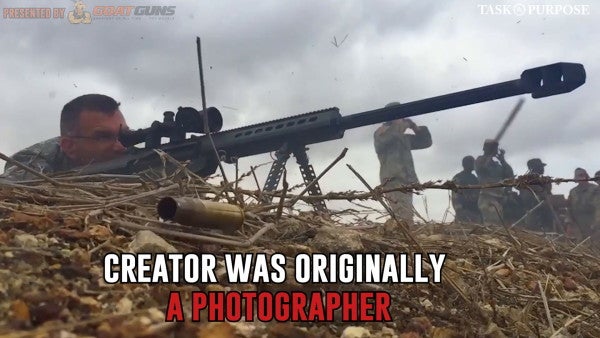 U.S. Special Operations Command is looking for modify one its sniper systems to chamber the command's new 6.5mm intermediate precision round in a push to enhance operators' range and hit probability.

To meet that requirement, SOCOM plans on doling out a $15 million sole-source, indefinite delivery/indefinite quantity contract modification to current SASS producer Knights Armament Company for M110K1 for Creedmoor conversion kits through 2023, according to the notice.

In 2017, SOCOM initiated a broad survey of 6.5mm cartridges as part of jointly led effort by Army Special Operations Command and PEO Soldier to identify a Precision Intermediate Caliber ammunition to replace the standard 7.62mm round.

As part of the search, U.S. special operations forces tested 23 different cartridges in 6.5mm Creedmoor to .260 Remington at the Aberdeen Proving Ground in Maryland to assess whether the intermediate round outperformed existing precision fires, as Soldier Systems reported at the time.

The results were significant. Shooters with the the 6.5mm Creedmoor round were twice as likely to nail their targets at ranges up to 1,000 meters, resulting in a 33% increase in effective range and a measurable decreased recoil and wind effect, according to 2018 presentation from Army Lt. Col. Mark Owens on SOCOM's search for an intermediate caliber published by The War Zone.

SOCOM formally adopted the 6.5mm Creedmoor as its intermediate precision round of choice March 2018 after conducting a final reliability test with the two rounds with its FN SCAR-H and M110 SASS rifles and concluding that “both weapons performed just as well and were just as reliable in either caliber,” as Soldier Systems put it at the time.

“As both cartridges were similarly accurate and reliable, the determining factor for selection of 6.5 CM would end up being trade space,” Soldier Systems reported. “The prevailing attitude is that there was more room with the 6.5 CM to further develop projectiles and loads.”

If SOCOM planners get their way, the 6.5mm Creedmoor round won't just see action in precision fires like the converted M110K1 SASS. In May 2018, SOCOM officials unveiled plans for a so-called “assault machine gun” chambered in the intermediate caliber — although, as The War Zone pointed out at the time, its unlikely that system and the M110K1 would use the exact same type of 6.5mm ammo.

Unfortunately, it's unclear when special operators may actually get their hands on their modified M110K1 sniper rifles: According to another one of Owens' 2018 slides, SOCOM originally planned on fielding the new intermediate caliber SASS rifles as an Intermediate Caliber Sniper Rifle/Carbine starting in the final quarter of fiscal year 2019, which has since come and gone.

U.S. Special Operations Command and NSWC Crane Division did not immediately respond to request for comment.