The Marine Corps Is Finally Getting The Sniper Rifle It Deserves 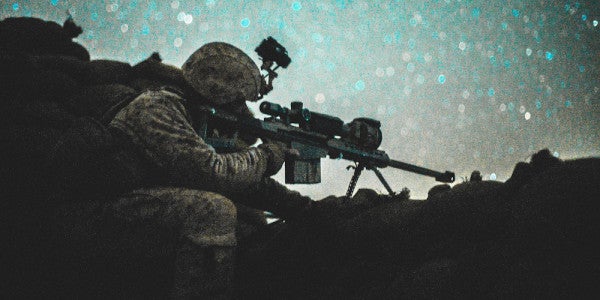 The Marine Corps plans on adopting the Mk 13 Mod 7 sniper rifle for Marine scout snipers, officials confirmed to Marine Corps Times on April 2, a much-needed and long-overdue replacement for the M40 system that Marines have wielded since the Vietnam War.

Since the start of the Global War on Terror in 2001, the M40’s 1000-yard range has proved limiting for U.S. combat troops engaging militants in sprawling fightings in the mountains and desert of Afghanistan and Iraq. But according to Marine Corps Times, the Mk 13 “pushes beyond 1,000 yards” offered with a .300 Winchester Magnum round.

That range is nowhere near that of the Army’s 1,300-yard M2010 Enhanced Sniper Rifle and U.S. Special Operations Command’s 1,600-yard Precision Sniper Rifle. But it’s a major boost to both range and lethality over the M40, improvements that infantry weapons planners have sought for years.

The announcement comes amid a major makeover for the Corps’ precision weapon capabilities. In January, the Corps was testing the M38 variant of the beloved M27 Infantry Automatic Rifle for potential fielding in a squad designated marksman role.

At the time, the Corps emphasized that the CSASS, favored by the Army for a squad designated marksman role, would not dislodge the M40 as the service’s program of record. And with good reason: With a maximum effective range of just 875 yards, the rifle doesn’t offer the extended range Marines have been kvetching about for years.

“Should leadership decide to conduct a one-for-one replacement or just buy them to replace M110s for sniper billets,” Marine Corps Systems Command told Task & Purpose at the time, “the quantity would be greater than 116.”

Indeed, the Mk 13 appears to be the Corps’ final choice for that one-to-one replacement: While there’s no new explicit funding for the Mk 13 in the services’ fiscal 2019 budget request, the service asked for nearly $4.3 million in 2018 to purchase the new system, a quantity Marine Corps Times suggests is suitable to outfit the branch’s sniper teams with the new rifle. Indeed, the Corps noted that $5.3 million of its $40 million request for weapons and combat vehicles under $5 million “supports the MK 13 Rifle with associated optic … as well as continuing product improvement and modernization of sniper and special purpose weapons.”

How and when the service plans on fielding its new suite of precision weapons, like every other new piece of gear in the U.S. armed forces, remains to be seen. But no matter when it reaches Marine scout snipers, the new rifle represents a major, long-awaited breakthrough for the Corps — and certain doom for their adversaries downrange.