The Marine Corps wants yet another new sniper rifle

It's been less than a year after the Marine Corps's first new sniper rifle since the Vietnam War hit full operational capacity, and the service is already on the hunt for a brand new sniper system 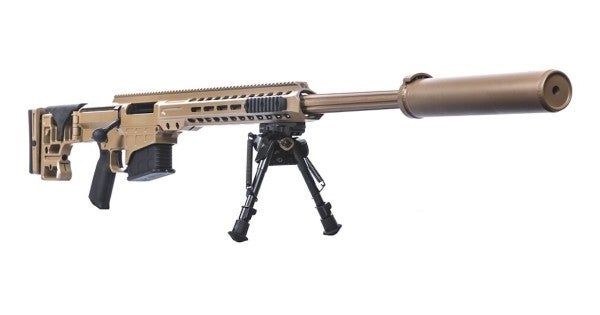 It's been less than a year after the Marine Corps's first new sniper rifle since the Vietnam War hit full operational capacity, and the service is already on the hunt for a brand new sniper system.

The Marine Corps wants to procure 250 Advanced Sniper Rifles at $16,000 apiece for a total cost of $4 million, according to the service's fiscal year 2021 budget request.

The ASR, developed by Barrett and originally adopted by U.S. Special Operations Command in March 2019, “will replace all current bolt-action sniper rifles” in the Marine Corps, according to the service's budget justification documents.

The Corps's request for a new sniper system comes nearly two years after the service selected the Mk13 Mod 7 sniper rifle, chambered in .300 Winchester Magnum, as a much-needed and long-overdue replacement for the M40 sniper system that Marines have brandished since the Vietnam War.

It's unclear what prompted the Corps to pick up a fresh rifle for long-range precision fires. The service previously announced in July 2018 that the Mk13 Mod 7 had reached full operational capacity earlier this year after extensive testing and would become available in both scout snipers and recon Marine arsenals.

The reason? “Through market research and discussion with industry, it was determined that a much better capability (specifically in range and lethality) than CSASS could be procured for a similar cost,” according to the service's justification documents.

Marine Corps Systems Command did not immediately respond to request for comment.