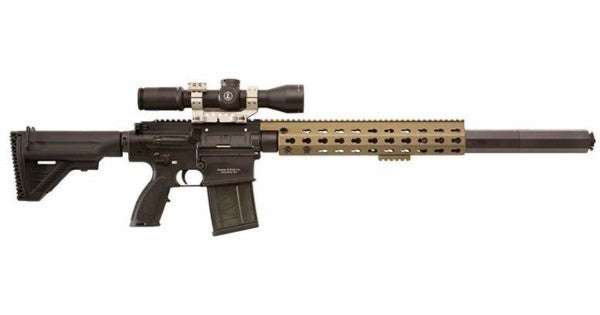 Heckler & Koch announced on Thursday that the gunmaker had sent its first batch of 7.62mm G28/HK417 rifles — designated the M110A1 SDMR by the U.S. military — from its Georgia installation into the waiting hands of Army officials.

“Obviously, the COVID-19 pandemic creates and very challenging business environment,” H&K-USA President and COO Michael Holley said in a statement. “But as an essential partner in the defense infrastructure of this country, we are 100 percent committed to delivering this essential product to our troops, while keeping our employees safe and healthy.”

The Army began fielding a handful of SDMRs on the brigade level in September 2018.

“The Army's current rifle technology is most effective below the 300-meter range,” Army Capt. Weston Goodrich, assistant program manager for Soldier Weapons at PEO Soldier, said of the new rifle back in 2018. “The new rifle addresses the 300 to 600 meters range gap outlined in the 2015 U.S. Army Small Arms Capabilities-Based Assessment.”

The Army initially fielded the M110A1 as an SDMR in December of that year to a handful of units at Fort Bliss, Texas, following an initial fielding of 120 CSASS rifles to 82nd Airborne units the previous September.

Deliveries of the M110A1 SDMR are expected to continue “through the middle of 2021,” according to H&K.