Navy Capt. Nate Schneider was fired on Tuesday as commander of the Center for Naval Aviation Technical Training. 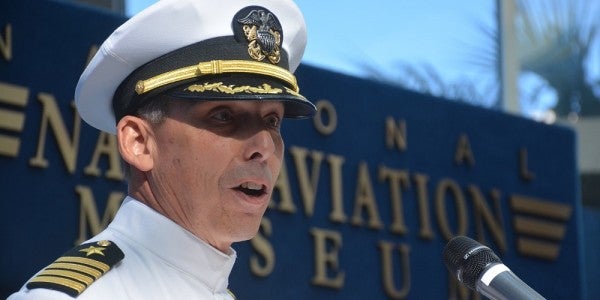 Navy Capt. Nate Schneider was fired as commander of the Center for Naval Aviation Technical Training on Tuesday following an investigation, a Navy spokesman said on Tuesday.

Stockman declined to say what those allegations were, but based on the investigation’s findings, Rear Adm. Kyle Cozad relieved Schneider of command “due to loss of confidence in his ability to command.”

Schneider enlisted in the Navy in 1981 and later became an officer through the Enlisted Commissioning Program, his official bio says. He assumed command of the Center for Naval Aviation Technical Training in November 2018.